MEXICO CITY -Mexican consumer prices rose in March to levels not seen since early 2001, with economists saying the data suggests more interest rate hikes are likely, as the central bank underscored the balance of risks for inflation deteriorated again.

Consumer price inflation rose 7.45% in the year through March, way more than the central bank’s target of 3%, with a one-percentage-point tolerance range above and below that, the government’s INEGI statistics agency said on Thursday.

It was also above the median forecast of analysts surveyed by Reuters, who projected inflation would rise to 7.36% in March, versus 7.28% in February.

For its part, core inflation, which strips out some volatile food and energy items, increased 6.78% in the year through March, a level not hit since April 2001.

Minutes from the Bank of Mexico’s latest monetary policy meeting, which were published on Thursday, said all five of the bank’s board members stated that forecasts for headline and core inflation were revised upwards, while most members underscored that convergence to target has been delayed.

Banxico, as the Mexican central bank is known, said “most members stated that the balance of risks for the trajectory of inflation over the forecast horizon has deteriorated again and remains biased to the upside.”

Among upside risks to inflation, most board members mentioned the persistence of core inflation at high levels, external inflationary pressures associated with the COVID-19 pandemic, increases in agricultural and livestock product prices and in energy prices due to the recent geopolitical conflict, and cost-related pressures.

“Persistent inflation risks, alongside the more hawkish U.S. Fed, will put pressure on Banxico to continue tightening over the coming months,” said Sanghani.

He forecast another 50-basis-point rate hike at the bank’s next monetary policy meeting scheduled for May 12 and at least a further 150 basis points of tightening in this cycle to 8.50%.

Consumer prices rose 0.99% in March, according to non-seasonally adjusted figures, while the core index rose 0.72% during the month, according to INEGI data. 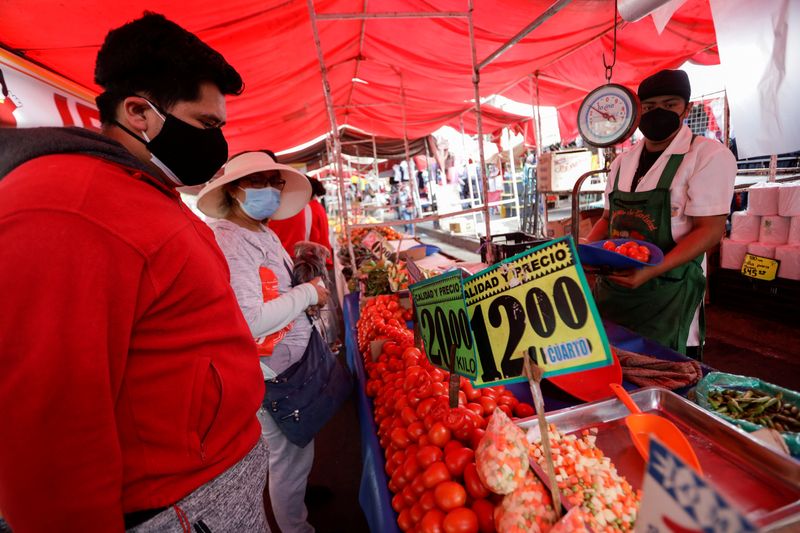