NEW YORK (Reuters) – The rebound that saw U.S. stocks surge from last month’s lows has started to falter, as investors factor in faster monetary policy tightening by the Federal Reserve, soaring inflation and ongoing geopolitical upheaval stemming from the war in Ukraine.

The S&P 500 is down 7% from its recent high after about cutting its year-to-date loss 50% in a dramatic rally during the final weeks of March. Volatility in both stocks and bonds is once again on the rise and Deutsche Bank earlier this week became the first big Wall Street bank to call for a U.S. recession, predicting a downturn by the summer of 2023 and a “transitory” 20% decline in stocks.

Still, markets have proven resilient in the past, and April has historically been one of the best months of the year for equities. With corporate earnings around the corner, here is a look at where markets stand less than a week into the second quarter of 2022.

The S&P 500 is down 6.5% year-to-date after a swoon of nearly 13% earlier in the year, though that rebound appears to be running out of steam.

The index’s recent wobble has come alongside forecasts for big rate hikes from Wall Street and a hawkish tilt from policymakers, as well as an inversion of key parts of the Treasury yield curve – a signal that has preceded past recessions.

Minutes from the Federal Reserve’s latest monetary policy meeting, released Wednesday, appeared to set the stage for meatier interest rate hikes down the line, as well as a $95 billion per month trimming of the Fed’s balance sheet later this year.


The worries about the outlook for stocks come amid a tightening in financial conditions – the umbrella phrase for how metrics such as exchange rates, equity swings and borrowing costs affect the availability of funding in the economy.

Meanwhile, volatility is picking up in stocks.

The Cboe Volatility Index, which slipped as equities rallied last month, has inched higher in recent sessions, though it remains about 12 points below its early March closing high. Treasury market volatility has remained elevated, as yields have continued their steady move higher.

At the same time, bearish bets against the S&P 500 have declined from recent peaks, though they remain near recent highs. Some market watchers believe high short interest, along with other signs of defensive positioning such as hefty levels of cash, to be a contrarian indicator presaging stronger stock performance.

Many have argued that a recession is by no means inevitable and said signals such as yield curve inversions are poor tools for timing stock performance.

The S&P 500 has risen by an average of 11% in the 12-months following five out of the past seven inversions, said Keith Lerner, co-chief investment officer at Truist Advisory Services, in a recent note.


Sentiment among retail investors appears to be growing more positive as well. For the first time since January, the percentage of investors who are bullish on the market is larger than those who are bearish, a weekly survey held by the American Association of Individual Investors Sentiment Survey (AAII), showed.

At the same time, the S&P has logged an average gain of 1.5% in April since 1928, making it the second strongest month of the year for stocks, and has now been a positive month for equities for nine straight years.

This year, much may hinge on how corporate results come in over the next few weeks. Analysts note that growth expectations have not moved much in recent months, despite the upheavals in the stock market: first-quarter earnings growth is forecast to be 6.4%, down from 7.5% at the start of the year, according to I/B/E/S data from Refinitiv. 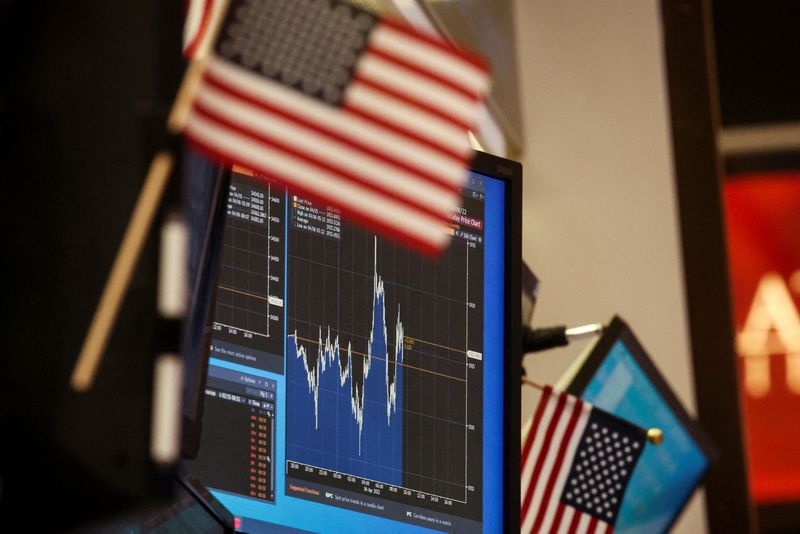