By Yoruk Bahceli and Dhara Ranasinghe

(Reuters) – The euro area economy is one of the most vulnerable to the fallout from Russia’s invasion of Ukraine, yet the message coming from its sovereign debt markets is quite different.

Bond yield curves plot borrowing costs across different maturities and are seen as a good indicator of growth and inflation trends. They are also closely watched financial market indicators.

The recent, albeit brief, U.S. yield curve inversion when two-year yields pushed above 10-year yields was a warning to the markets, as that move is considered a harbinger of recession.

To some degree, that resonated in Europe. Germany’s 10-year/30-year yield and five-year/30-year spreads narrowed to their tightest since 2000 and 2008 respectively. The former neared inversion below 10 bps and is actually inverted in the swaps market, where investors exchange fixed and floating-rate cash flows to hedge rates risk.

But the parallels end there.

The two-year/10-year German curve segment has steepened this year – meaning 10-year yields have risen faster than short-dated ones. Indeed, it is among the steepest globally.

That move seems counterintuitive, however. The Ukraine war will inflict more pain on euro zone economies, given their closer economic ties and reliance on Russian energy.

One explanation for the U.S. inversion was that it reflected worries that the Federal Reserve, set on hiking interest rates hard and fast, will trigger a slowdown.

But a euro zone recession would stem not from central bank action but from the war fallout, said Jens Eisenschmidt, chief European economist at Morgan Stanley, “so it’s not a natural one to focus on yield curve dynamics at this stage.”

History also suggests the German curve is a less reliable indicator than its U.S. counterpart.

Germany’s two-year/10-year yield curve did not invert before any of the recessions from 2000, Refinitiv Datastream data shows. In some cases it even steepened before a recession and all inversions took place during, not before, a recession.

First, the German curve has a relatively short history – analysts don’t look at the period before Germany’s 1990 reunification.

That’s a problem for all developed bond markets, but particularly acute for Germany, where the ECB owns nearly 40% of the outstanding market, AFS Group estimates, compared to the Fed’s just over 25% footprint in U.S. Treasuries.


The free float of German bonds available for investors was at a record low 22% at the end of 2021, AFS calculates.

A collateral shortage leading to extraordinary repo demand for German debt is thought to hold down two-year yields, too.

So expectations that the ECB will end its bond-buying this year should cause the German curve to steepen.

“You have less of a dampening effect from (quantitative easing) and more supply coming from the German government,” Krizan said, referring to Germany’s 100 billion euros’ worth of planned defence spending.

With 60 basis points of ECB rate hikes priced in by year-end looking excessive to many analysts, the curve should even be a bit steeper, said Carsten Brzeski, head of global macro at ING.

Bond market distortions have led investors to seek out other gauges such as the swaps market.

This is not distorted by ECB purchases and captures the entire euro zone.


So while the two-year/10-year German cash bond curve has steepened, the same points on the one-year euro zone forward interest rates swaps curve narrowed to 19 bps last week, the tightest since 2008, according to Refinitiv Datastream.

That shows where the curve may be in a years’ time based on current rates and has dropped from 72 bps at the start of the year. Here, growth appears to be a bigger concern than in the cash German bond market. 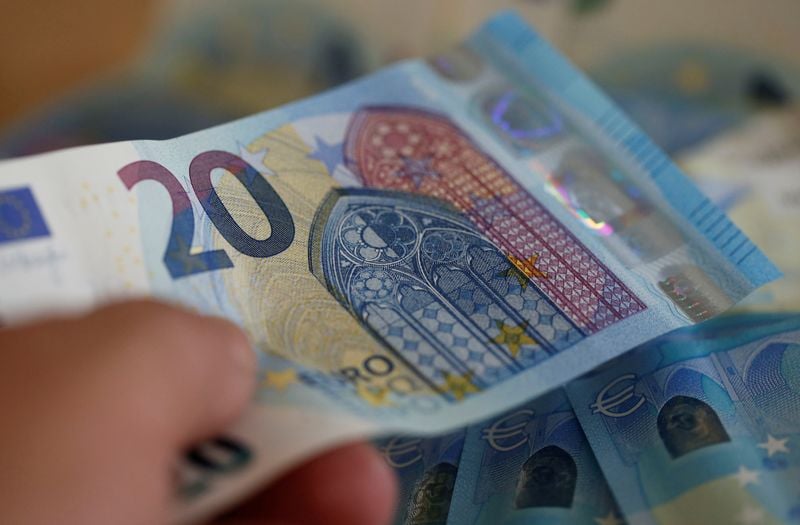