By Swati Bhat and Aftab Ahmed

MUMBAI (Reuters) -The Reserve Bank of India said on Friday it is starting to move away from its ultra-loose monetary policy even as it kept its key lending rate at a record low, as its priorities shifted to fighting surging inflation in the wake of the Russia-Ukraine war.

In a surprise move, the central bank said it would restore its liquidity adjustment facility corridor to pre-crisis levels, which was seen as a first step to moving away from emergency measures embraced during the COVID-19 pandemic.

Analysts and traders are now broadly expecting the RBI to change its ‘accomodative’ stance to neutral at its next policy meeting in June, with interest rate increases starting sooner rather than later.

But with global growth risks also rising, RBI Governor Shaktikanta Das sought to reassure financial markets that the process of returning policy settings to more normal levels would be gradual.

“The conflict in Europe has the potential to derail the global economy caught in the crosscurrent of multiple headwinds. Our approach needs to be cautious, but proactive in mitigating the adverse impact on India’s growth and inflation,” Das said after the policy decision.

However, the central bank said it would restore the width of the liquidity adjustment facility corridor to 50 basis points.

RBI said the floor of the corridor would be the standing deposit facility rate, which was set at 3.75%, and the marginal standing facility rate at 4.25% will be the upper bound with the repo rate in between the two.

“This raises the probability of rate hike cycle commencing in August, while not fully precluding the case for a June hike itself along with a stance change if macro realities worsen for the inflation outlook,” said Madhavi Arora, lead economist at Emkay Global.

All but six of 50 respondents polled by Reuters between March 29-April 5 had forecast no change in the repo rate on Friday. Thirty-two had expected rates to still be unchanged by end-June.

Reflecting growing uncertainties, the RBI raised its inflation forecast for the current fiscal year to 5.7%, 120 basis points above its forecast in February, while cutting its economic growth forecast to 7.2% for 2022/23 from 7.8%.

“We have now put inflation before growth. So that is the sequence of our priorities – first is inflation followed by growth,” Das said, adding that this was the first time in three years that the RBI was putting inflation in the forefront.

Das said RBI will gradually withdraw system liquidity over a multi-year timeframe beginning this year but will do it in a non-disruptive manner. He said economic activity is barely above pre-pandemic levels but continues to steadily recover.

Das said the MPC voted unanimously to keep the repo rate unchanged and to retain an ‘accommodative’ monetary policy stance.

But he added that the focus is on the withdrawal of accommodation.

Inflation has held above the RBI’s 6% upper threshold so far this year, casting doubt on its strategy of keeping rates low to bolster growth even as some other central banks are already raising borrowing costs to tamp down price pressures.

Das also said the RBI will work to help smooth the implementation of the government’ record $14.31 trillion borrowing programme as and when warranted. The RBI also increased banks’ held-to-maturity limit in debt to 23% from the current 22% until end-March 2023.

“Amid inability to explicitly support the government borrowing program, the RBI enhanced the held-to-maturity limit by 100 bps, which could calm the bond markets despite a sharp increase in inflation forecast,” said Garima Kapoor, economist institutional equities at Elara Capital. 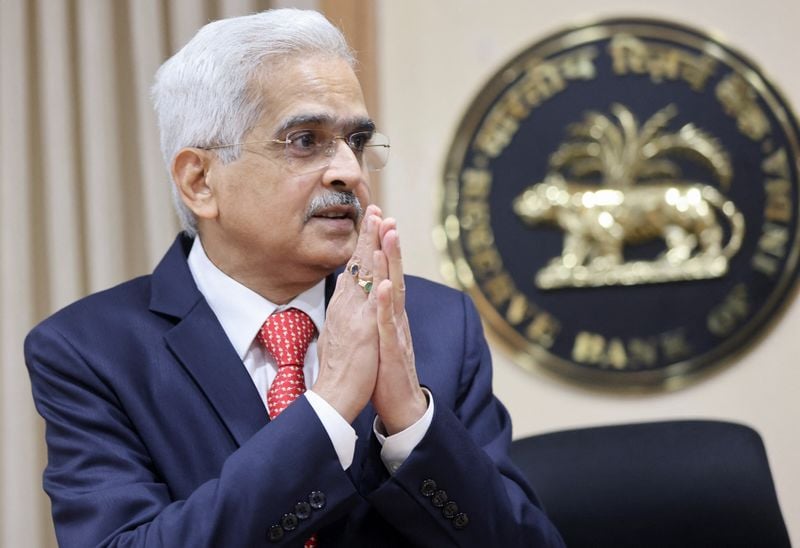