For the week, Brent dropped 1.5% while WTI slid 1%. For several weeks, the benchmarks have been at their most volatile since June 2020.

Trading was choppy all day and the contracts spiked higher just before settlement as traders covered short positions ahead of the weekend, said John Kilduff, a partner at Again Capital LLC.

Member nations of the International Energy Agency (IEA) will release 60 million barrels over the next six months, with the United States matching that amount as part of its 180 million barrel release announced in March.

“There’s some concern that by artificially lowering prices, you are only going to increase demand and that’s going to burn off that supply pretty quickly,” said Phil Flynn, an analyst at Price Futures Group.

The release could also deter producers, including the Organization of the Petroleum Exporting Countries (OPEC) and U.S. shale producers, from accelerating output increases even with oil prices around $100 a barrel, ANZ Research analysts said in a note.

The commitment of the OPEC+ group of oil exporting nations to output targets have contributed to absorbing an excess of supply in the market, Iraq’s state-news agency cited the oil ministry as saying on Friday.

PVM analyst Stephen Brennock said doubts remained on whether the supply from emergency reserve releases will address the shortfall in Russian crude.

JPMorgan expects the reserves release to “go a long way in the short term” to offsetting the 1 million barrels per day of Russian oil supply it expects to remain permanently offline.

“However, looking forward to 2023 and beyond, global producers will likely need to ramp up investment to both fill the Russia-sized gap in supply and restock IEA strategic reserves,” the bank said in a note.

While Russia has found Asian buyers, Western buyers are shunning cargoes since the start of the conflict in Ukraine.

The Kremlin on Friday said Russia’s “special operation” in Ukraine could end in the “foreseeable future.”

Russia’s production of oil and gas condensate fell to 10.52 million barrels per day (bpd) for April 1-6 from a March average of 11.01 million bpd, two sources familiar with the data told Reuters on Thursday.

The U.S. Congress voted to ban Russian oil on Thursday, while the European Union is considering a ban.

But demand uncertainties kept a lid on prices Friday after Shanghai extended its lockdown to contend with fast-rising COVID-19 infections.

Further pressure came from the strengthening U.S. dollar, after signals that the U.S. Federal Reserve could raise the federal funds rate another 3 percentage points by the end of the year. 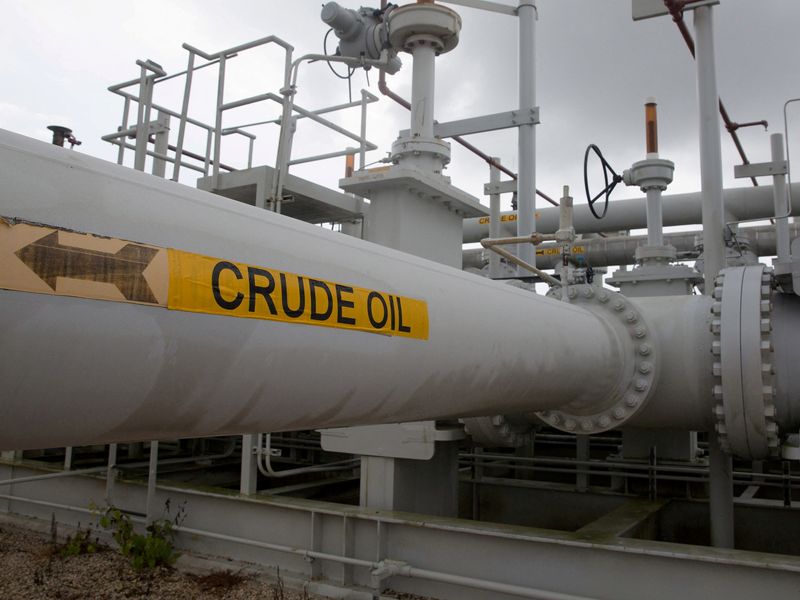