(Reuters) -Moscow-listed shares of state-controlled diamond miner Alrosa were down 12% on Friday after the United States expanded sanctions on the company, aiming to cut off additional sources of revenue for the Russian state budget.

Alrosa, the world’s largest producer of rough diamonds and which competes with Anglo American unit De Beers, produced about 30% of the global output in 2021. It exports mostly to Belgium, India, and the United Arab Emirates.

Washington on Thursday placed Alrosa on the Specially Designated Nationals (SDN) list, which effectively kicks a sanctioned company out of the U.S. banking system and bans its trade with Americans, complicating operations in the global diamond market.

Alrosa said that the U.S. sanctions along with previous British sanctions on the miner make it technically impossible to make a coupon payment on its Eurobond of $11.6 million due on April 9.

Alrosa is “studying the options of the proper fulfilment of its obligations under the Notes,” it added in a statement. It did not provide any further comment on the U.S. sanctions.

It employs more than 32,000 people and mines diamonds in Russia’s far east, where the climate is harsh and chances for miners to find other job are limited.

“Diamonds are one of Russia’s top 10 non-energy exports by value, with exports in 2021 totalling over $4.5 billion,” the U.S. Treasury Department’s Office of Foreign Assets Control (OFAC) said in a statement announcing expanded sanctions.

After Russia sent tens of thousands of troops into Ukraine on Feb. 24 in what it called a special operation, the OFAC restricted Alrosa’s ability to raise new debt and equity in the United States.

Alrosa also has a 41% stake in Angolan diamond production firm Catoca, but Catoca should not be affected by the U.S. sanctions given the OFAC said only entities owned 50% or more by Alrosa were being blocked.

(Reporting by Reuters; Editing by David Holmes and Nick Zieminski) 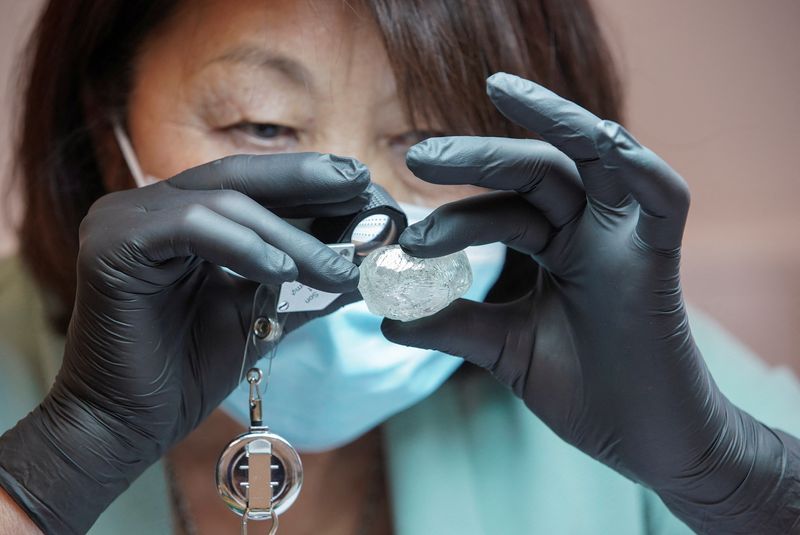