WASHINGTON -President Joe Biden will meet virtually with Indian Prime Minister Narendra Modi on Monday, the White House said, at a time when the United States has made clear it does not want to see an uptick in Russian energy imports by India.

“President Biden will continue our close consultations on the consequences of Russia’s brutal war against Ukraine and mitigating its destabilizing impact on global food supply and commodity markets,” Press Secretary Jen Psaki said in a statement on Sunday.

Daleep Singh, U.S. Deputy National Security Adviser for International Economics, who visited India recently, said the United States will not set any “red line” for India on its energy imports from Russia but does not want to see a “rapid acceleration” in purchases.

Lured by steep discounts following Western sanctions on Russian entities, India has bought at least 13 million barrels of Russian crude oil since the country invaded Ukraine in late February. That compared with some 16 million barrels for the whole of last year, data compiled by Reuters shows.

Biden, who last spoke to Modi in March, recently said that only India among the Quad group of countries was “somewhat shaky” in acting against Russia over its invasion of Ukraine.

The South Asian nation has tried to balance its ties with Russia and the West but unlike other members of the Quad countries – United States, Japan and Australia – it has not imposed sanctions on Russia.

Russia has long been India’s biggest supplier of defence equipment despite growing purchases from the United States in the past decade. Defence analysts say Russian supplies are more cost competitive and vital for India as it faces a superior Chinese military.

Daleep Singh during his visit said the United States was ready to help India diversify its energy and defence supplies. India is the world’s third-biggest oil importer and consumer.

He also warned that the United States does not want its allies helping resurrect the rouble, which nosedived immediately after the war began but has recovered in recent days.

Ukraine on Sunday said it was seeking another round of European Union sanctions against Moscow and more military aid from its allies as it braces for a major Russian offensive in the east of the country.

Russia has failed to take any major cities since it launched its invasion on Feb. 24 but Ukraine says it has been gathering its forces in the east for a major assault and has urged people to flee.

Moscow has rejected accusations of war crimes by Ukraine and Western countries. It has denied targeting civilians in what it calls a “special operation” to demilitarise and “denazify” its southern neighbour. Ukraine and Western nations have dismissed this as a baseless pretext for war.

Biden and Modi will also discuss cooperation on a range of issues including ending the COVID-19 pandemic, countering the climate crisis, strengthening the global economy, and upholding a free, open, rules-based international order to bolster security, democracy, and prosperity in the Indo-Pacific, Psaki said.

(Reporting by Nandita Bose in Washington; Editing by Mark Porter) 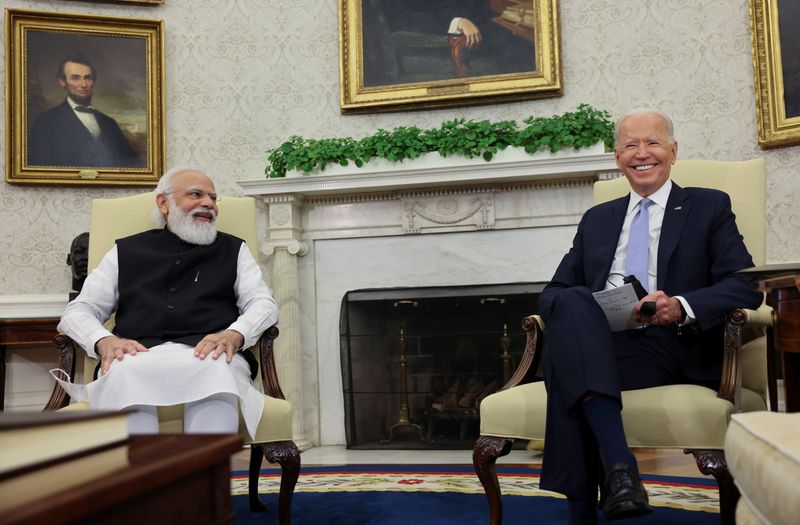 Homeless People Sue This City For Taking Their Property, Kicking Them Out Of Public Spaces

Homeless People Sue This City For Taking Their Property, Kicking Them Out Of Public Spaces