KYIV (Reuters) – It’s the five years spent serving in the Ukrainian army that drives Deputy Prime Minister Iryna Vereshchuk’s passion to secure the release of every single prisoner of war being held in Russia.

Now in charge of negotiating prisoner swaps with Russia and humanitarian corridors out of besieged cities, Vereshchuk, 42, fights back tears as she describes the treatment of some women soldiers she has managed to bring back to Ukraine.

It is a brief glimpse of the toll her work is taking, but is quickly replaced by her overriding anger over the Russian invasion and the destruction it has wrought on her country, which she says just wants to be a part of Europe.

“If I was holding a weapon on the battlefield, I would have probably saved 10 to 20 people. And now I can rescue women officers from imprisonment,” she told Reuters in an interview when asked if she would rather be fighting.

On Saturday she announced on the Telegram messenger service the third prisoner exchange with Russia, securing the release of 26 Ukrainians, including 10 women.

Out of some 1,700 soldiers and civilians she says are currently being held by Russia and pro-Russian separatists, it is the 500 women, and their treatment, which troubles her most.

“They force them to stand, don’t let them sit down. They shave their heads, they force them to undress every day for checkups. They humiliate their human dignity. I know facts of rape, I saw spines that had been beaten,” she said, pausing as her eyes fill with tears.

“They want us to be scared. They want us to cry and to be victims. But we aren’t. Our girls and women … ask us to continue fighting for our victory,” she said in one of the few brightly lit rooms in the presidential administration, where sandbags piled up against the windows stop the light.


Moscow says it is providing Ukrainian POWs “with everything necessary” and “highly qualified medical care” in accordance with international law. In turn, Russia accuses Ukraine of torturing its POWs, an allegation rejected by Kyiv, which also says it upholds international agreements.

Comfortable in her army fatigues, Vereshchuk says her top priority is to secure the release of not only Ukrainian soldiers but also of hundreds of civilians, including priests, journalists and activists, who she says are being held in cells alongside criminals.

But this poses difficulties. Moscow will only exchange like-for-like but Kyiv says it holds no Russian civilians.

“Russia wants to use those people as an exchange fund.”

“The Russians could not forgive us wanting to be like Europe,” she added.

Vereshchuk, like President Volodymyr Zelenskiy, calls for more sanctions against Russia to give Ukraine a chance of winning the war, which Moscow describes as a “special operation” aimed at demilitarising and “denazifying” its neighbour.

She became minister for the occupied territories in eastern Ukraine late last year and has spent time speaking to those populations in Donetsk and Luhansk who have been run by pro-Russian separatist administrations for eight years.

Vereshchuk is convinced those territories will be returned to Ukraine “sooner or later”. But for the time being, she has to focus her energies on evacuating as many people as possible from eastern Ukraine, where Moscow is now concentrating its attacks.


She does not know how much time she has to get people out of places which could soon be under attack, but has learned some lessons from events in the southern port of Mariupol, which is now encircled by Russian troops and has been all but razed.

“This responsibility is on Russia,” she said, denying there was much more the Ukrainian government could do to help save a population in Mariupol which she says numbered more than half a million before the war. Ukraine has so far evacuated 120,000 people from Mariupol but 100,000 remain stuck there, she added.

But Vereshchuk remains hopeful of eventual victory: “Right now, for the first time in Ukrainian history, we have a rare opportunity to win.” 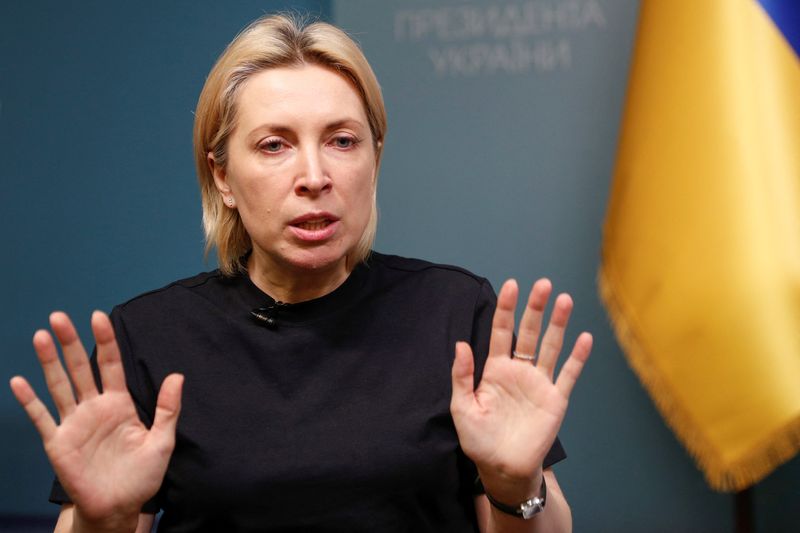 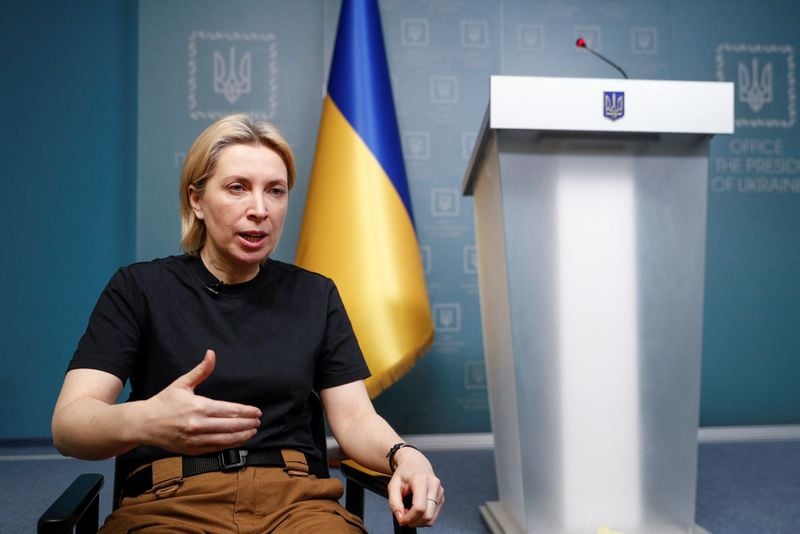