By Karin Strohecker and Jorgelina do Rosario

LONDON -Investors moved a step closer on Monday to a potential payout of billions of dollars in default insurance on debt issued by the Russian government and its entities as the country is on the brink of its first external default in over a century.

The EMEA Credit Derivatives Determinations Committee (CDDC) ruled on Monday that state-owned Russia Railways is in default on a missed bond payment, a key step in triggering so called Credit Default Swaps (CDS) – an instrument to insure exposure to default risk.

The decision, which marked the first time a Russia-originated debt instrument has been officially classified as defaulted since the country’s invasion of Ukraine, was closely watched by creditors waiting to see whether the country’s sovereign external debt might follow the same path.

Only a few hours later, the same committee was asked whether a potential failure to pay occurred on hard-currency bonds issued by Russia’s government.

The CDDC, whose members include some of the world’s biggest investment banks, said on Monday it had decided a “failure to pay” credit event has occurred on Swiss franc loan participation notes linked to state-owned Russian Railways.

The loan participation notes due 2026 were issued by RZD Capital to finance a loan of 250 million Swiss francs ($268 million) to Russian Railways.

There are $21.1 million worth of net notional CDS across 17 contracts outstanding for Russian Railways, according to data by IHS Markit.

Western sanctions against Russia following the Ukraine invasion, which Russia says is a “special military operation”, as well as counter measures by Moscow have imposed strains on the Russian economy and raised questions about the possible default of many bonds issued by Russian corporations.

Bank of America, Goldman Sachs International and JPMorgan Chase Bank are some of the committee members who voted “yes” to the question on whether a failure to pay event occurred on Russian Railways. The committee met on Friday.

Some analysts see this as a test case on whether a solvent issuer that could not physically make the payment due to sanctions is considered in default.

“Apparently CDDC says yes… and probably means it will conclude something similar with the Russian sovereign trying to pay a USD coupon – but failing to,” said a source, speaking on condition of anonymity.

A spokesman for UBS AG, the notes’ paying agent, declined to comment.

Russian Railways, which operates both cargo and passenger trains along thousands of miles of railway, said it had attempted to make interest payments due March 14 but was unable to do so due to “legal and regulatory compliance obligations within the correspondent banking network,” according to an official notice posted by the SIX Swiss Exchange and referenced in the request to the committee.

While outstanding CDS on Russian Railways are relatively limited, there are currently $3.43 billion of net notional Russia CDS to be settled, investment bank JPMorgan said in a note on Monday.

The question on the Russian sovereign debt is pending consent from the determinations committee and no date for a meeting has been set https://www.cdsdeterminationscommittees.org/cds/the-russian-federation-2, according to its website.

Russia could face its first sovereign external default in over a century after it made arrangements to make an international bond repayment in roubles last week, even though the payment was due in U.S. dollars.

Russia Finance Minister Anton Siluanov said the country will take legal action if the West tries to force it to default on its sovereign debt. 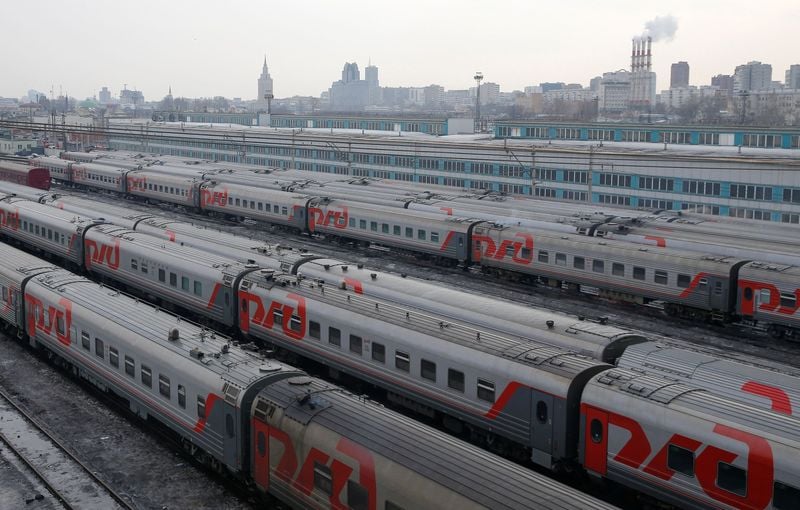