(Reuters) – There are early signs of a cooldown in some of the hottest corners of the U.S. housing market, Redfin said in a report on Friday, a fresh indication that high house prices and rising mortgage rates are cutting into homebuyer demand.

Among those early tells, according to Redfin: Google searches for “homes for sale” dropped by double digits in Baltimore, Boston, San Francisco and Los Angeles in the second week of March from a year earlier; tours of homes for sale in California were down 21% as of March 31 from the first week of 2022, data from ShowingTime shows; Redfin agents in San Francisco, Los Angeles, Washington DC, Boston and Seattle reported a drop in requests for homebuying help at the start of this year compared with last year, even as requests nationwide surged; and agents in California say they are seeing fewer offers on each home than previously.

Home prices nationwide have risen about 35% in the two years since the COVID-19 pandemic slammed the nation and the Federal Reserve slashed short-term interest rates to near zero, the Zillow Home Value Index shows.

The Fed last month began raising its policy rate to bring down decades-high inflation as the economy reopened, and longer-term borrowing costs have climbed swiftly in anticipation of more aggressive rate hikes ahead.

The average interest rate on a 30-year-fixed mortgage, the most popular U.S. home loan, rose last week to 4.9%, a fresh three year high, data from the Mortgage Bankers Association (MBA) showed this week.

The U.S. housing market is still hot, however, even in cooling California cities. The average home in Los Angeles, for instance, is sold for 5% over its asking price, with a record share selling within a week of listing, Redfin said.

But the signs are there already, the report said, of a price slowdown in coming months. 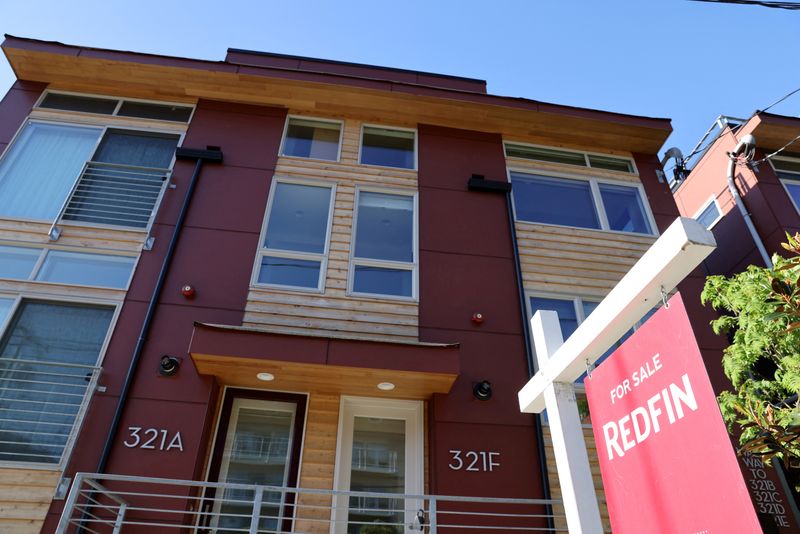