WASHINGTON (Reuters) – U.S. consumer prices likely increased by the most in 16-1/2 years in March as Russia’s war against Ukraine boosted the cost of gasoline to record highs, resulting in annual inflation rising at its fastest pace since the early 1980s.

The Labor Department’s consumer price report on Tuesday would seal the case for the Federal Reserve to raise interest rates by a hefty 50 basis points next month. It would follow on the heels of data last month showing the unemployment rate dropping to a fresh two-year low of 3.6% in March.

The U.S. central bank in March raised its policy interest rate by 25 basis points, the first hike in more than three years. Minutes of the policy meeting published last Wednesday appeared to set the stage for big rate increases down the road.

“Inflation is reaching a crescendo because of not only what’s happening in Ukraine, but also what happened in the past, such as massive government stimulus and the Federal Reserve printing money,” said Sung Won Sohn, a finance and economics professor at Loyola Marymount University in Los Angeles. “We should expect a half a point rate increase next month.”

Though gasoline was likely the main driver of inflation last month, strong contributions were expected from food and services such as rental housing. Russia is the world’s second-largest crude oil exporter. The United States has banned imports of Russian oil, liquefied natural gas and coal as part of a range of sanctions against Moscow for its invasion of Ukraine.

Russia and Ukraine are major exporters of commodities like wheat and sunflower oil. In addition to pushing up gasoline prices, the Russia-Ukraine war, now in its second month, has led to a global surge in food prices.

High inflation readings and the Fed’s hawkish posture have left the bond market fearing a U.S. recession, though most economists expect the expansion will continue.

In the 12 months through March, the CPI is forecast shooting up 8.4%. That would be the largest year-on-year gain since January 1982 and would follow a 7.9% jump in February. It would be the sixth straight month of annual CPI readings north of 6%.

Economists believe March would mark the peak in the annual CPI rate, but caution that inflation would remain well above the Fed’s 2% target at least through 2023. Gasoline prices have retreated from record highs, though still remain above $4 per gallon.

A moderation in prices of used cars and trucks likely resulted in a tame monthly underlying inflation reading.

Excluding the volatile food and energy components, the CPI is forecast rising 0.5% after a similar advance in February. That would result in the so-called core CPI increasing by 6.6% in the 12 months through March, the largest advance since August 1982, after rising 6.4% in February.

“Factors like used cars and unfavorable base effects could even cause an apparent slowing in core inflation for a few months this spring,” said Veronica Clark, an economist at Citigroup in New York. “This would likely be short lived, with further upside risks from higher commodity prices and supply disruptions materializing over the summer that could cause markets to reprice more hawkish expectations for the Fed.”

A key measure of rents, owners’ equivalent rent of primary residence, accelerated 4.3% on a year-on-year basis in February, the fastest since January 2007.


Economists say this gauge tends to lag private sector measures of rents. While these measures have been showing signs of slowing, economists do not expect this to show in the CPI data for a while. Landlords slashed rents early in the pandemic as people deserted cities, but the reopening of the economy has boosted demand for accommodation.

“The robust recovery in labor markets, rising labor incomes and healthy household balance sheets should prove supportive of rental demand even amid elevated prices, at least in the near term,” said Michael Pond, head of inflation research at Barclays in New York. “The peak in the CPI rents may still be at least a quarter away, but given the recent moderation in private measures of rents, we would caution against extending the trend of well above pre-pandemic levels into 2023.” 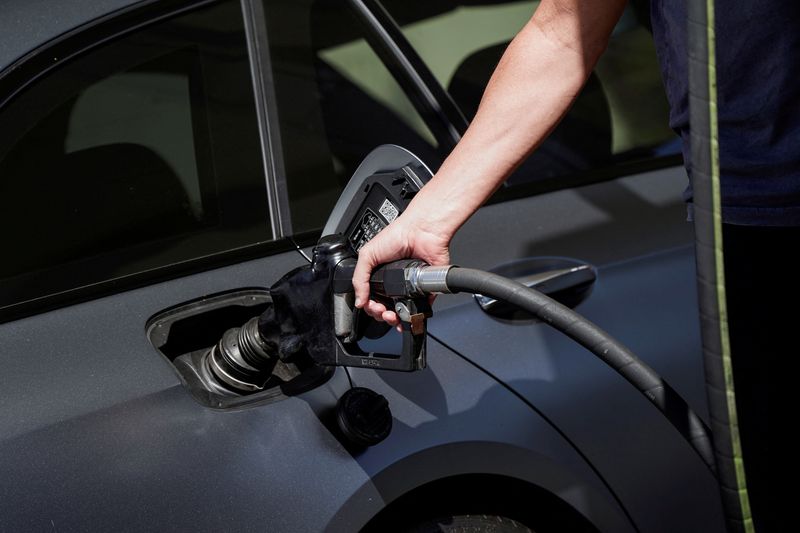