PARIS -President Emmanuel Macron will not be able to count on French voters’ traditional anti-far right front in the final runoff and will need to step up his campaign if he is to defeat Marine Le Pen, who has successfully softened her image.

Although Macron was projected to win a better-than-expected first round score of 28%, improving on his 2017 result, Macron cannot count on victory: polls forecast a razor-thin margin of victory against Le Pen in the April 24 run-off.

In past elections at national, regional and municipal levels, left- and right-wing voters have historically united to block the far right from power, a phenomenon known as a ‘republicain front’.

While all mainstream candidates, including those of the conservative Les Republicains and Socialist party, endorsed Macron for the runoff on Sunday night, it is not clear their voters will follow. Moreover, their low single-digit scores were so pitiful that their support may carry little weight.

“Among politicians, the republican front is putting itself in motion. It remains to be seen whether voters will follow,” said Mathieu Gallard, head of research at Ipsos France.

Another Ifop survey in March showed that fewer than half of all French now found her “scary”.

In her speech on Sunday, she painted herself as a unifying figure, who would heal France’s “fractures” and halt the “chaos” supposedly brought about by Macron, a former banker who she said embodied the “power of money” and worked for the few.

BATTLE FOR THE LEFT

The third-placed candidate, Jean-Luc Melenchon, urged voters not to back Le Pen, but stopped short of endorsing Macron, increasing the uncertainty as to how the projected 21% of voters who backed the far-left firebrand will cast their ballot.

Polls show many may decide to abstain.

“Macron’s politics … has strengthened the far-right,” voter Lea Druet, 27, told Reuters at Melenchon’s campaign headquarters. She voted for Macron in 2017 and said she would abstain in this month’s runoff.

Other Melenchon supporters were still unsure. “I’ll see how the next two weeks go. If the polls say 49-51, at that moment I will vote Macron,” said Guillaume Raffi, 36, a music producer from Montpellier.

Breaking News:  China protests highlight Xi's COVID policy dilemma - to walk it back or not

Macron supporters and campaign insiders say the incumbent leader will have to spend more time campaigning on the ground than he did in the run up to the first round if he wants to counter Le Pen, who has tapped into anger against the rising cost of living and deep-seated discontent towards a distant elite.

Macron has acknowledged entering the campaign too late as he focused on dealing with the fallout from the war in Ukraine.

“In the second round, Emmanuel Macron will need to roll up his sleeves a bit more than he did for the first,” the former French ambassador to Washington, Gerard Araud, wrote on Twitter. 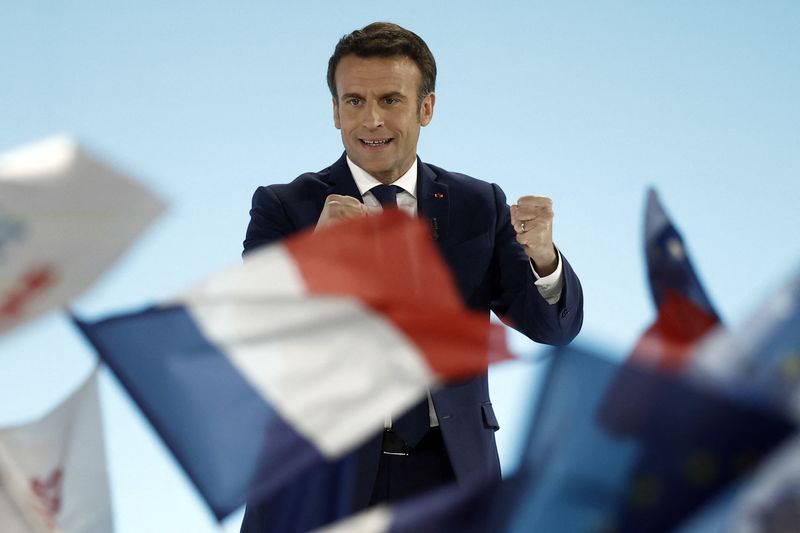