NEW DELHI – India’s $8 billion Amul dairy group said on Monday it is bracing for disruptions and higher input costs for some products from July when the government’s ban on plastic straws kicks in.

India last week refused to waive an impending ban on straws that are packaged with small juice and milk beverage packs, stoking fears in the $790 million industry that includes players like PepsiCo, Coca-Cola, India’s Dabur and Parle Agro, Reuters reported.

Amul has not worked out any practical solution to replace the tiny plastic straws and the paper variant is not feasible, said R. S. Sodhi, Amul’s managing director.

“The intention of the government is good … (but) the straws are not even 0.1% of total plastic consumption,” Sodhi told Reuters.

“The entire industry will be impacted.”

Sodhi’s comments underscore the growing tensions in India’s drinks industry at a time when demand surges in the sweltering summer season.

Prime Minister Narendra Modi is pushing to stamp out polluting, single-use plastic trash that chokes rivers. The government believes the tiny straws are a “low-utility product” and should be scrapped for paper straws or spout pouches.

Amul, a household name in India best-known for its milk and butter products, clocked sales of 610 billion rupees ($8.04 billion) in 2021-22, Sodhi said. It also sells various milk-based beverages in small packs with straws.

With the ban, supplies of such packs will be disrupted and manufacturers may shift to more expensive packaging solutions, thereby raising costs, Sodhi said, adding that Amul sells billions of such carton packs each year.

Pepsi’s Tropicana juice and Coca-Cola’s Maaza and Parle Agro’s Frooti mango drinks are among other popular beverages sold in such packs. An industry body representing them and other beverage makers has said it plans to again raise concerns with the government, and Sodhi said Amul will follow suit.

“We will write to the appropriate authorities,” he said. 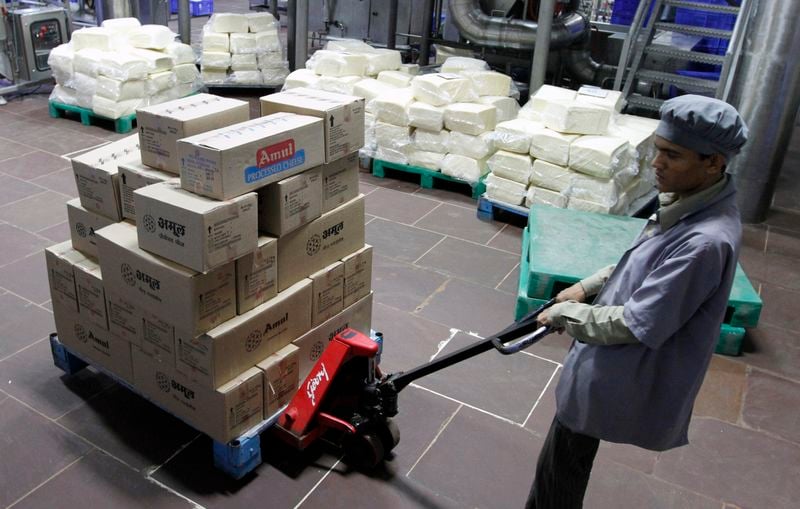