(Adds unconfirmed reports of chemical weapons use in Mariupol)

LVIV, Ukraine (Reuters) – Ukraine said on Monday it expects Russia to begin an offensive soon in the eastern Donbas region as Moscow shifts its focus to seizing territory there after its invasion force was driven from the gates of Kyiv this month.

Russia’s main target in Donbas is the port of Mariupol, where thousands are believed to have died under a near-seven week siege. Russia is amassing thousands of troops in the area for a new assault, Ukrainian President Volodymyr Zelenskiy said.

The first European Union leader to meet Russian President Vladimir Putin in person since the war began, Austrian Chancellor Karl Nehammer, said following talks in Moscow that the offensive was “evidently being prepared on a massive scale”.

After withdrawing forces from northern Ukraine, including suburbs of the capital Kyiv lain to waste under its occupation, Russia has turned its sights toward Donbas. It is demanding Ukraine cede control of territory there to separatist fighters, apparently one of Russia’s major goals in what it calls a “special military operation” against its neighbour.

Capturing Mariupol, the main eastern port, would allow Moscow to link troops advancing from the east with those from Russian-annexed Crimea in the south and shift their focus to a new attempt to encircle the main Ukrainian force in the east.

The United States, which warns Moscow is trying to reinforce and resupply troops in Donbas, has sought to pressure Putin to withdraw his forces by banning Russian oil and gas and encouraging allies to follow suit.

But world powers including China and India have refrained from sanctioning Russia. Lured by steep oil discounts, India has purchased more Russian crude since the start of the Feb. 24 invasion than it did for the whole of last year, data compiled by Reuters shows.

During a brief portion of the call open to reporters, Modi said he had suggested in recent talks with Russia that Putin and Zelenskiy hold direct negotiations.

Thousands have fled from the Donbas region.

In his latest plea for international support, Zelenskiy told South Korea’s parliament that tens of thousands had already been killed in Mariupol, a figure that has not been confirmed independently.

There were unconfirmed media reports on Monday suggesting chemical weapons were used in Mariupol. Zelenskiy warned in his nightly video address on Monday of potential Russian use of chemical weapons, but did not say that they had been used.

The number of people leaving Mariupol has fallen because Russian forces slowed pre-departure checks, said Petro Andryushchenko, an aide to the mayor of the city.

Around 10,000 people were awaiting screening by Russian forces, he said. Russia does not allow military personnel to leave with civilian evacuees. There was no comment from Moscow, which has previously blamed Ukraine for blocking evacuations.

Ukrainian fears intensified last week after 57 people were killed in a Russian missile strike on a train station in Donbas, where thousands were trying to flee the expected advance, Ukrainian officials said.

Moscow denied blame for the missile strike as well as Ukrainian and Western accusations that Russian forces committed war crimes north of Kyiv.

The United Nations is hearing accounts of rape and violence by both Russian and Ukrainian forces, U.N. officials said.

“This is just the tip of the iceberg,” she told the U.N. Security Council via video. “We know and see – and we want you to hear our voices – that violence and rape is used now as a weapon of war by Russian invaders in Ukraine.”

Russia’s deputy U.N. ambassador denied the allegations and accused Ukraine and allies of “a clear intention to present Russian soldiers as sadists and rapists.”

Ukraine’s U.N. mission did not respond to a request for comment on allegations of sexual violence by Ukrainian forces and civil defence militias.

Russia’s foreign minister, Sergei Lavrov, said Moscow would not pause the fighting for any new round of peace talks, which last convened on April 1.

“A decision was made that during the next rounds of talks, there would be no pause (in military action) so long as a final agreement is not reached,” Lavrov said.

The governor of another eastern region, Luhansk, told Ukrainian television that shelling was increasing day by day and urged all civilians to evacuate.

“Those that wanted to leave have already left, while now many are left in bomb shelters who are perhaps frightened to come out of the shelters, or scared to lose their possessions,” Governor Serhiy Gaidai said. 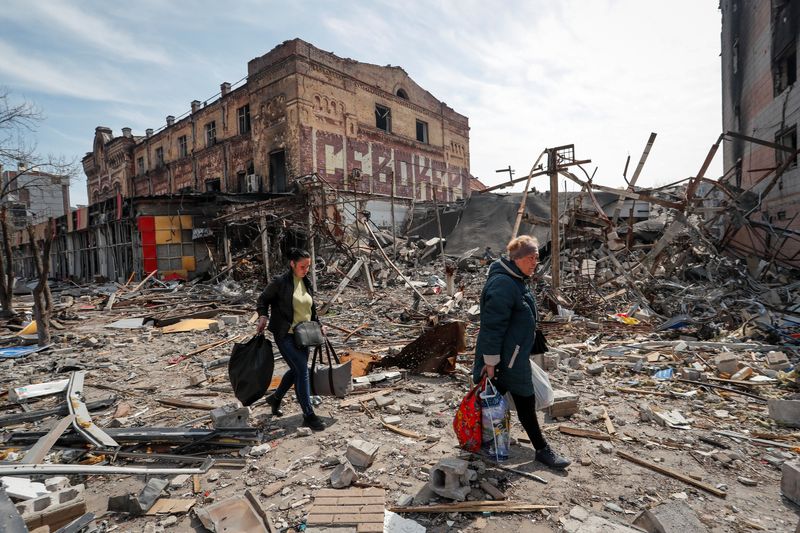 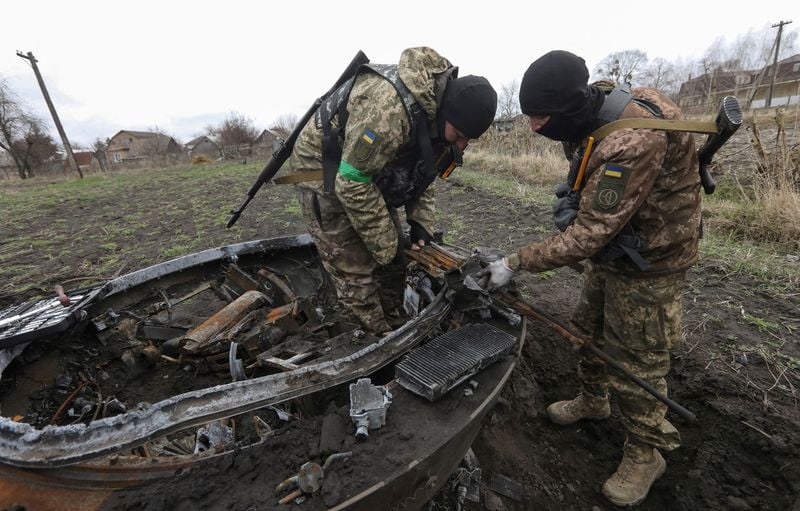 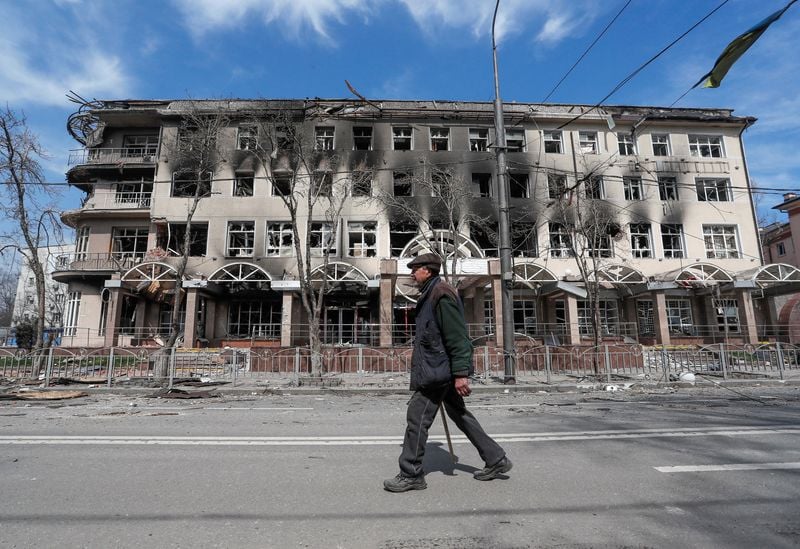 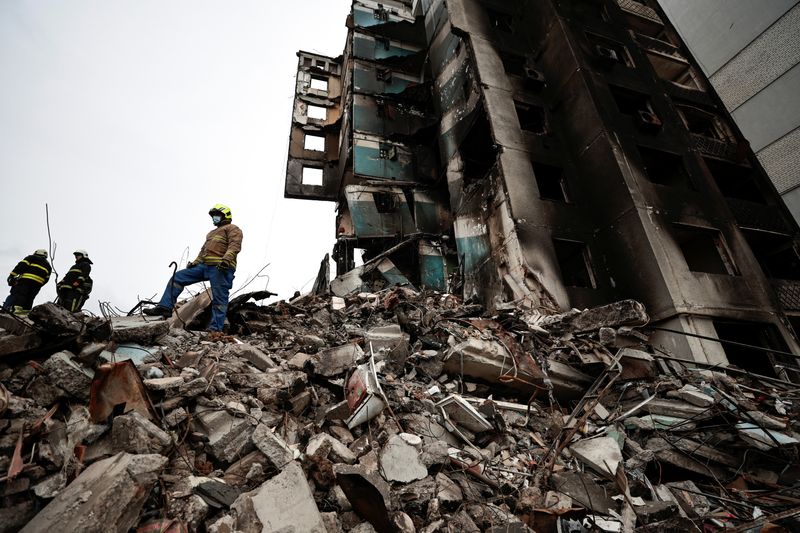 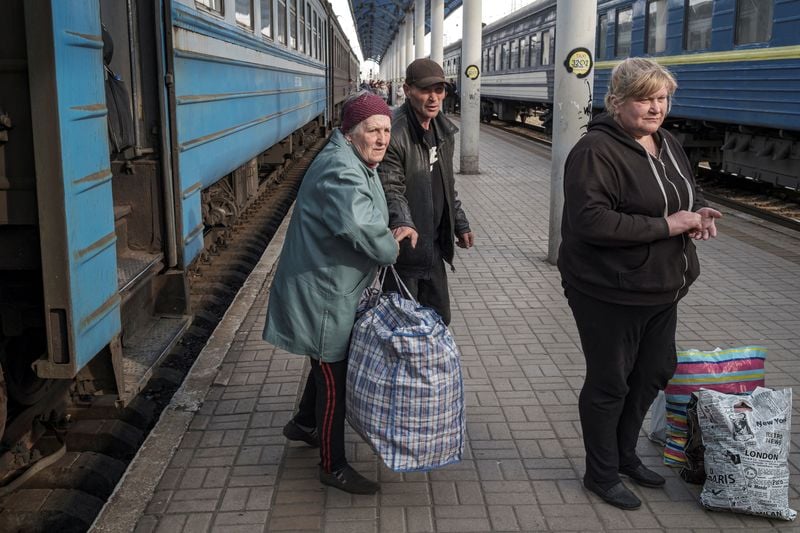