(Reuters) – Countries around the world are working to diversify their supply chains and reduce their dependence on China, which is “probably good for everyone,” World Bank President David Malpass said on Tuesday.

Malpass said cross-border trade would remain important to the global economy, and China – already the world’s second largest economy and likely to become the largest – had a big role to play as both a consumer and producer of goods.

But, speaking at an event in Warsaw, he said China also needed to be part of a value system shared by other countries in the global trading system, and added, “I don’t know that that will happen.”

Asked about whether China was headed for a crisis due to severe COVID-19 lockdowns and debt problems in its property sector, Malpass said: “They’re having setbacks, major setbacks in various areas, and the forecasts for growth have been brought down.”

But he said the World Bank continues to work well with China, which is a major shareholder and a borrower whose use of the lender’s financing is shrinking. The bank is also working closely with China to encourage more transparency its lending to developing countries, Malpass said.

“So I guess the way I think of it is that the world needs to interact with China, recognizing that it’s important in the world and growing in importance,” Malpass said.

He also said he did not believe the world faced a new “Bretton Woods moment,” a reference to the 1944 conference that revamped the international financial architecture and created the World Bank and the International Monetary Fund amid the ruins of World War Two.

That system, with the U.S. dollar at its core, “works pretty well,” he added.

“My view is we’re not at that point now at all. There’s not a sense of the world being lost,” Malpass said. “There’s this sense actually of unity of a great deal of the world in one endeavor, which is to end the war in Ukraine.” 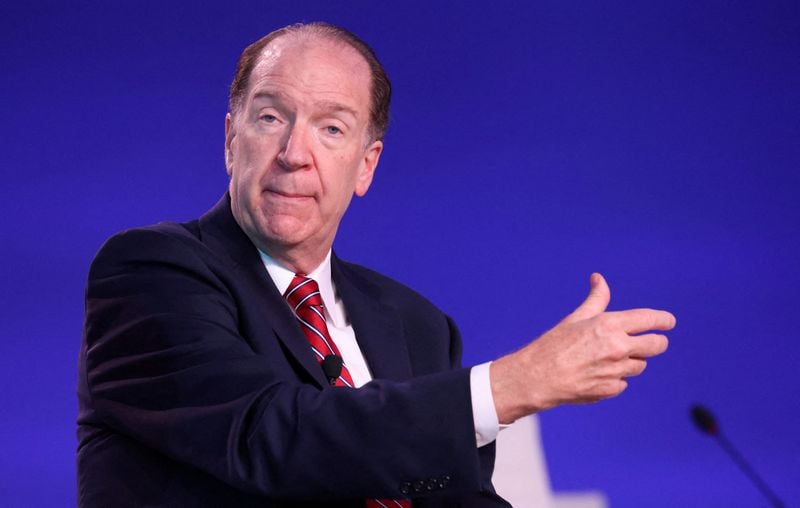