PARIS (Reuters) -Emmanuel Macron’s offer to soften planned pension reforms is a “manoeuvre” to lure voters ahead of the second round of France’s presidential election, but he would still execute the original plans if re-elected, far-right candidate Marine Le Pen said.

“It’s a manoeuvre by Emmanuel Macron to try to win over, or at least to mitigate the opposition of the left-leaning voters”, said Le Pen on Tuesday, speaking in an interview with France Inter radio.

Campaigning in France’s former industrial heartland, Macron on Monday said he was prepared to readjust his planned pension reform, which is at the core of his programme for re-election.

“I am ready to change the timeline and say we don’t necessarily have to do a reform by 2030 if I feel that people are too anxious”, Macron said. He was also prepared, he said, to “open the door” on pushing the country’s retirement age from 62 at the moment to 64, rather than 65, his initial proposal.

“There is nothing to expect here from Emmanuel Macron. He will go all the way to the end with obsession, because it’s a reality that the minimum (retirement) age of 65 is his obsession”, said Le Pen.

French Finance Minister Bruno Le Maire, an ally of Macron, told broadcaster CNews that Macron had not changed his plans on the pensions reform and is still “totally determined” to carry out the reform.

“We will stick to (the minimum age of) 65, but there will be options for discussing details,” said Le Maire.

Manuel Bompard, the head of the campaign of far-left candidate Jean-Luc Melenchon, who came in third in the first round, said he did not agree with Macron’s or Le Pen’s retirement proposals.

“I tell Macron this: If he really wants to appeal to our voters … he has to make a clear commitment,” he said.

Speaking on Public Senat television, Bompard pointed to the possibility mentioned by Macron of carrying out a national referendum on the minimum pension age.

An Ipsos-Sopra Steria poll cited by Public Senat said 23% of Melenchon voters would now support Macron, 15% Le Pen and a further 62% did not take a position.

Macron and Le Pen traded blows on Monday as they sought to appeal to left-leaning voters who now face the tough decision whether to give their vote to a far-right populist or to a liberal many opponents branded a “president of the rich”. 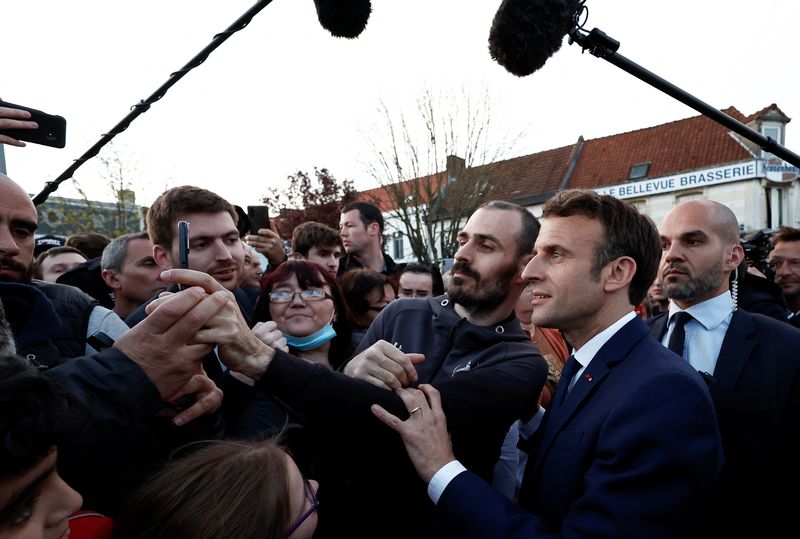 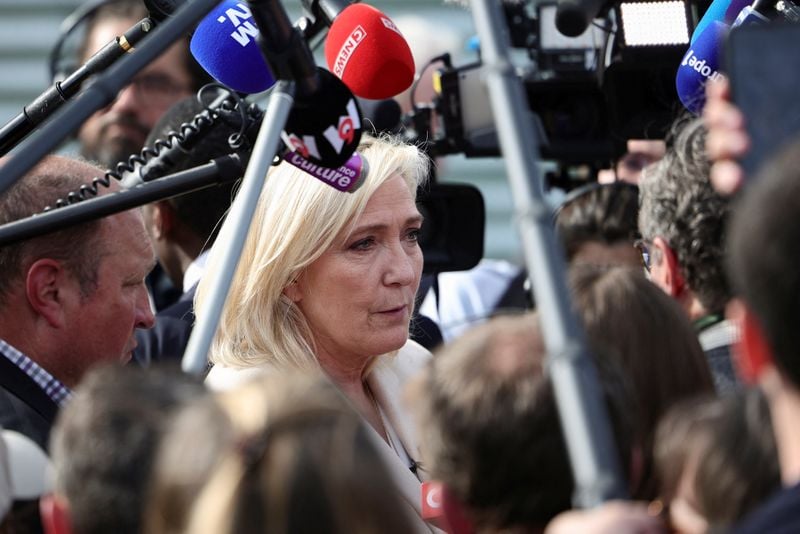 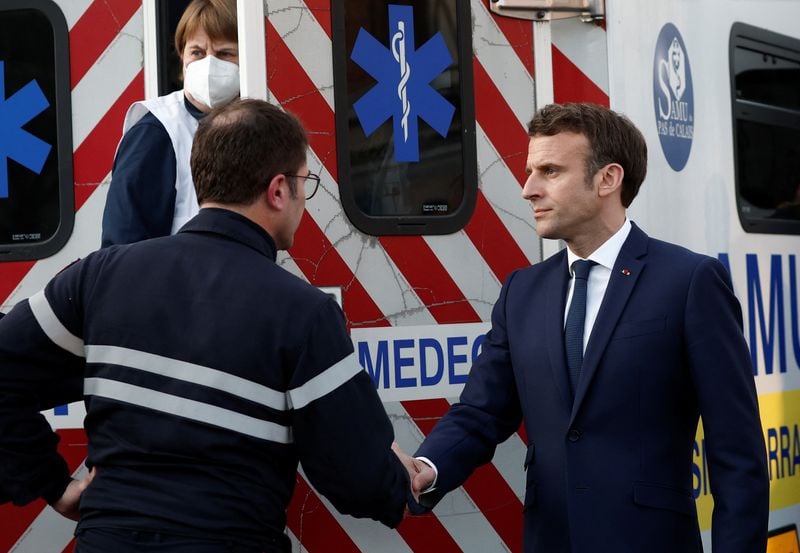 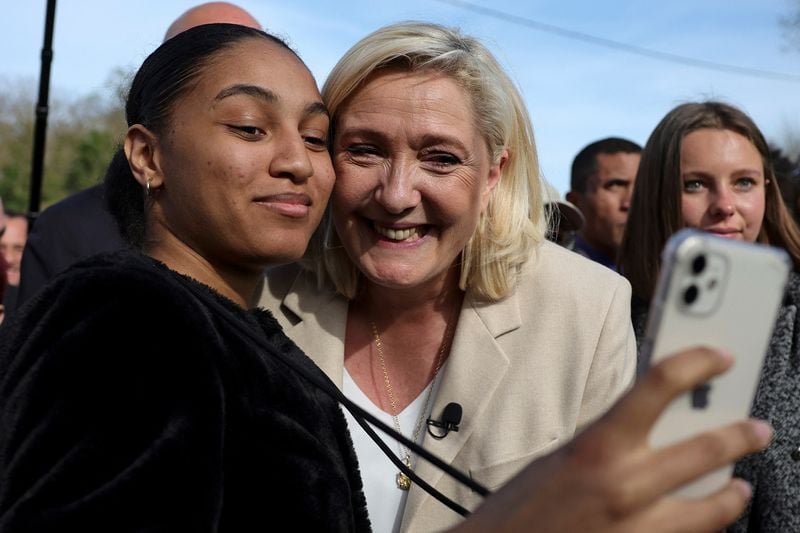 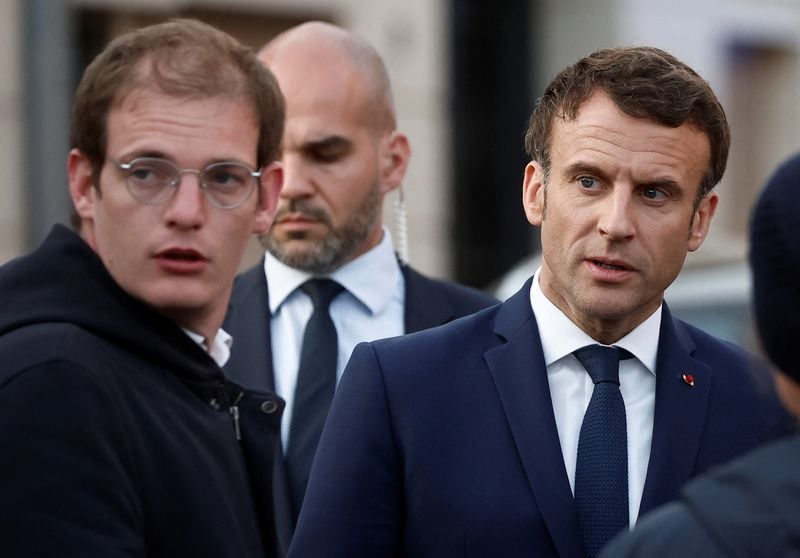 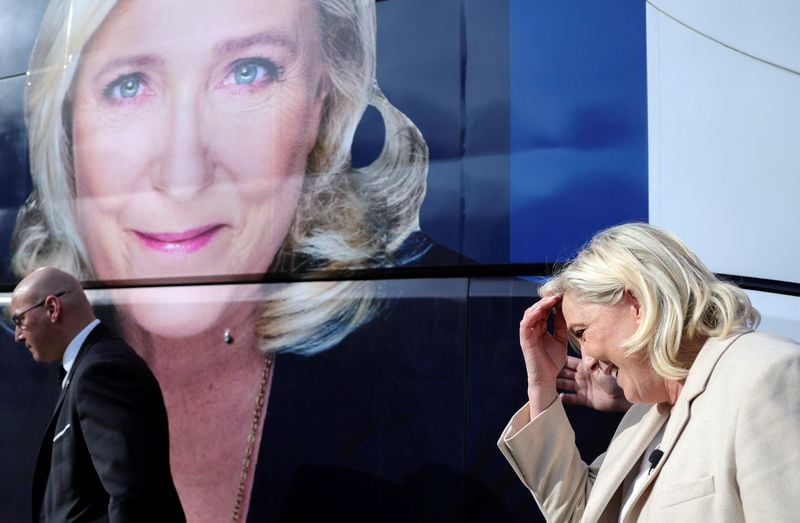