NEW YORK – Eric Adams ran for mayor of New York City with campaign ads featuring old photographs of him in his police uniform and a vow to secure a pandemic-scarred metropolis against the gun violence that surged alongside COVID-19.

On his 102nd day in office, Adams, a former police captain, faced the latest challenge in his efforts to allay New Yorkers’ fears: A gunman opened fire on a subway car Tuesday morning, shooting 10 people.

Violent crime has risen across the United States over the pandemic, and New York City has been no exception. Adams, a Democrat, has set himself the challenge of balancing New Yorkers’ anxieties about crime with the distrust some have of a $10 billion police department that continues to reckon with a history of brutality and racism.

While the city remains one of the safest in the country and far less dangerous than it was in the 1990s, when Adams was rising through the New York City Police Department’s ranks, the new mayor has revived some of the tough-on-crime policing tactics associated with that era under the Republican mayor Rudy Giuliani.

These include a crackdown on low-level “quality of life” offenses such as public drinking and the revival of a plain-clothes police unit disbanded in 2020 over complaints of deadly violence and unaccountability.

To civil rights groups alarmed that police might again disproportionately target poor, Black and Latino New Yorkers, Adams has pointed to his own experiences with police brutality growing up as a Black man in Brooklyn’s poorest corners.

“I became a police officer to bridge the gap between us and to take on systemic racism from within,” Adams, 61, said in a campaign ad. “To revitalize our city New Yorkers need to feel safe and secure that our kids can play without getting hit by a stray bullet.”

Some crimes have been front-page news: a woman pushed to her death onto the tracks at the Times Square subway station in February; a man who stabbed two workers at the Museum of Modern Art. Just last week, Adams stood beside a mother whose 12-year-old son was killed by the kind of stray bullets he had worried about in his campaign ads.

A few weeks earlier, Adams was defending police officers who shot an 18-year-old man in the head, leaving him critically wounded, after they said he tried to flee a traffic stop.

Adams, who often visits scenes of high-profile crimes and has made a point of riding the subways in which he began his policing career, was stuck in the mayor’s residence on Tuesday, isolating after testing positive for COVID-19. In a recorded video statement, he said: “We will not allow New Yorkers to be terrorized, even by a single individual.”

Haitham Taher, 20, who was waiting to pick up his brother from a school near the subway station where Tuesday’s shooting occurred, said he felt the police were at best ineffective.

“You feel you’re not protected,” he said, as hundreds of police milled around him. “If there’s a parking ticket violation they will catch you right away but a person with a gun they won’t catch for hours.”

As of Tuesday evening, roughly 11 hours after the subway shooting, the suspected gunman was still at large, though police named a man whom they called “a person of interest.” https://twitter.com/NYPDnews?ref_src=twsrc%5Egoogle%7Ctwcamp%5Eserp%7Ctwgr%5Eauthor

In restoring the anti-gun unit, Adams has said officers are receiving additional training and wear body-worn cameras and a modified uniform instead of plain clothes.

They have made 26 arrests for illegal gun possession, but have more often made arrests for lower-level offenses, including possession of a fake ID, according to data obtained by the City & State news outlet.

Continuing a practice of his predecessors, Adams has also touted his effort to sweep hundreds of homeless encampments, saying he hopes to “rebuild trust” and induce homeless people into the much-maligned shelter system.

Adams, who also ran on a platform of affordable housing, says he is acting out of sympathy for people living in “inhumane” conditions. But homeless people and their advocates say the goal is to obscure visible signs of poverty, and say the sweeps are cruel and ineffectual, shuffling around people who have decided that the streets are safer than shelters.

Some legal observers say the sweeps are unconstitutional when sanitation workers and police trash New Yorkers’ belongings without due process.

“It’s just very easy for someone who came up in the NYPD through the Giuliani years to reach back to that playbook,” Beth Haroules, a staff attorney at the New York Civil Liberties Union, said after watching city officials throw homeless New Yorkers’ tents in a garbage truck last week. 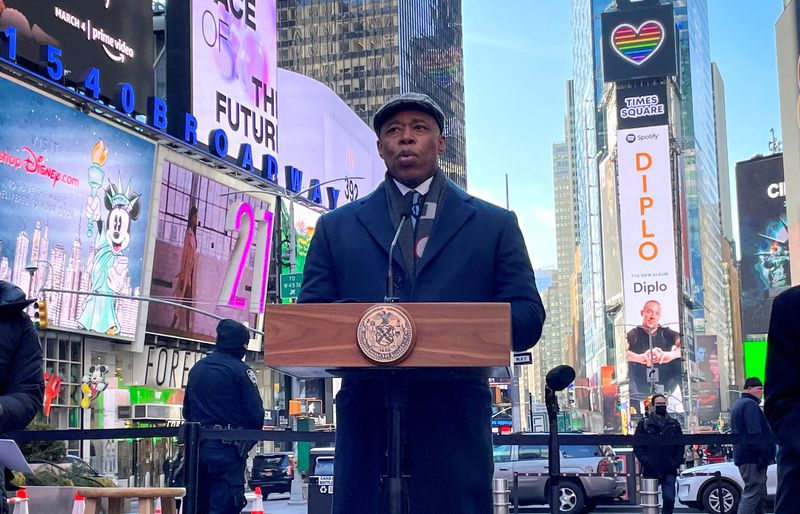 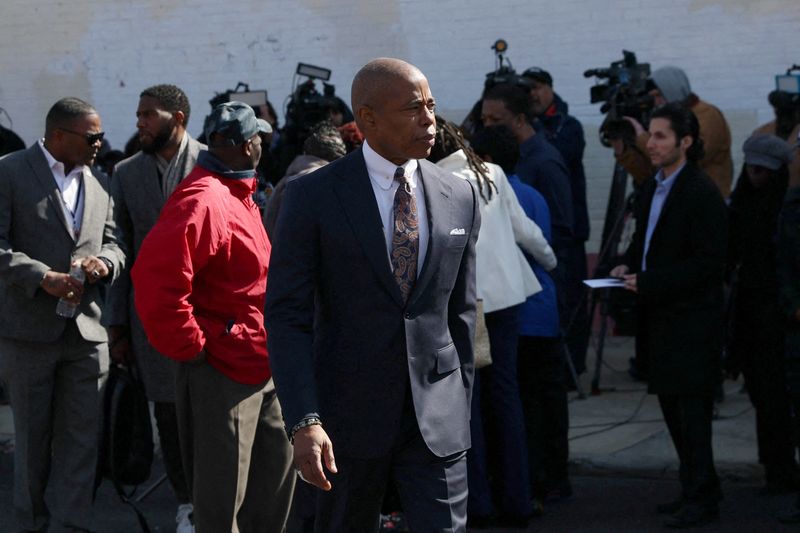 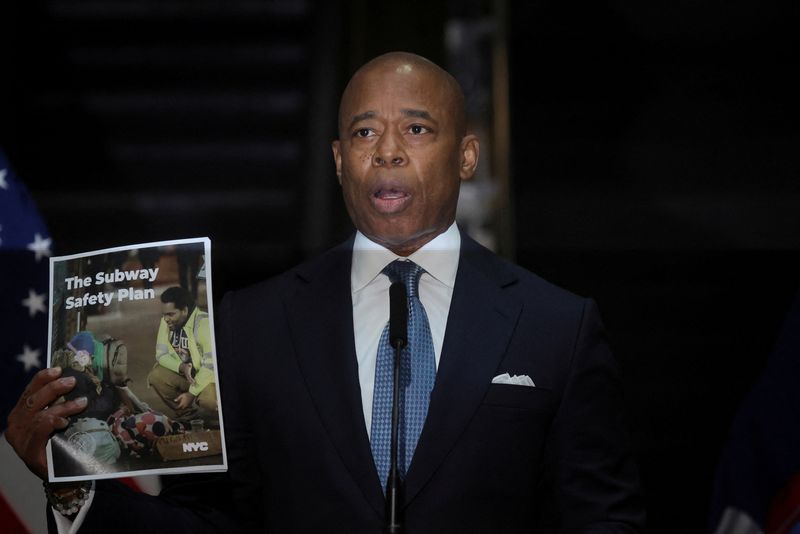