LVIV, Ukraine – Ukraine on Tuesday said it arrested the Kremlin’s most prominent ally in the country as Russian President Vladimir Putin gave his strongest signal yet the war will grind on, warning peace talks were at a dead end.

In February, Ukraine said Viktor Medvedchuk, the leader of the Opposition Platform – For Life party, escaped from house arrest after the authorities opened a treason case against him.

The pro-Russian figure, who says Putin is godfather to his daughter, has denied wrongdoing. On Tuesday a spokesperson was not immediately available for comment.

“Pro-Russian traitors and agents of the Russian intelligence services, remember – your crimes have no statute of limitations,” Ukraine’s security service posted on Facebook alongside a photo of Medvedchuk in handcuffs.

A Kremlin spokesman was cited by the Tass news agency as saying he had seen the photo and could not say whether it was genuine.

Hours earlier Putin used his first public comments on the conflict in more than a week to insist Russia will “rhythmically and calmly” continue its operation, citing the need to achieve goals on security.

“That Blitzkrieg on which our foes were counting did not work,” he said, batting aside the impact of sanctions and warning that on-and-off peace talks were in a “dead-end situation.”

But he frequently seemed to ramble or stammer. Only occasionally did he adopt the icy, confident demeanour that has been his trademark in public appearances over more than 22 years as Russia’s leader.

Putin, who had been ubiquitous on Russian television in the early days of the war, had largely retreated from public view since Russia’s withdrawal from northern Ukraine two weeks ago.

On Monday he met the visiting chancellor of Austria.

But the meeting was held at a country residence outside Moscow and no images were released, a contrast from talks with Western leaders on the eve of the war, when they were pictured seated at opposite ends of a huge table in the ornate Kremlin palace.

Moscow’s nearly seven-week long incursion, the biggest attack on a European state since 1945, has seen more than 4.6 million people flee abroad, killed or injured thousands and led to Russia’s near total isolation on the world stage.

Russia says it launched what it calls a “special military operation” on Feb. 24 to demilitarise and “denazify” Ukraine. Kyiv and its Western allies reject that as a false pretext.

Russian tanks pulled out of northern Ukraine after failing in what the West believes was a mission to swiftly capture the capital Kyiv.

Many of the towns they left behind were littered with the bodies of civilians killed in what Kyiv says was a campaign of murder, torture and rape.

Russia says its campaign now aims to capture more territory on behalf of separatists in two eastern provinces, a region known as the Donbas. It includes Mariupol port, which has been reduced to a wasteland under Russian siege.

Ukraine says tens of thousands of civilians have been trapped inside that city with no way to bring in food or water, and accuses Russia of blocking aid convoys.

The battle for Mariupol appeared on Tuesday to be reaching a decisive phase, with Ukrainian marines holed up in the Azovstal industrial district. Reuters journalists accompanying Russian-backed separatists saw flames billowing from the Azovstal district.

Pavlo Kyrylenko, governor of the eastern Donetsk region, which includes Mariupol, said he had seen incident reports on possible chemical weapons use in the city but could not confirm them.

“We know that last night around midnight a drone dropped some so-far unknown explosive device, and the people that were in and around the Mariupol metal plant, there were three people, they began to feel unwell,” he told CNN.

They were taken to hospital and their lives were not in danger, he said.

Late on Tuesday, Ukraine said its forces in the east had beaten off six Russian attacks, destroying two vehicles and three artillery systems as well as shooting down a helicopter and two drones. Reuters could not immediately verify the report.

Zelenskiy had said on Monday that Russia may resort to chemical weapons as it massed troops for a new assault. He did not say if they actually had been used. The United States and Britain said they were trying to verify the reports.

Chemical weapons production, use and stockpiling is banned under the 1997 Chemical Weapons Convention.

Russia’s defence ministry has not responded to a Reuters request for comment. Russian-backed separatist forces in the east denied using chemical weapons in Mariupol, the Interfax news agency reported.

After their troops got bogged down in the face of Ukrainian resistance, the Russians abandoned their bid to capture the capital Kyiv. But they are redoubling efforts in the east, including Donetsk and the neighbouring Luhansk region, where Governor Serhiy Gaidai urged residents to evacuate.

“It’s far more scary to remain and burn in your sleep from a Russian shell,” he wrote on social media. “Evacuate, with every day the situation is getting worse. Take your essential items and head to the pickup point.”

Zelenskiy pleaded overnight for more weapons from the West to help it end the siege of Mariupol and fend off the expected eastern offensive.

“Unfortunately we are not getting as much as we need to end this war faster … in particular, to lift the blockade of Mariupol,” he said. 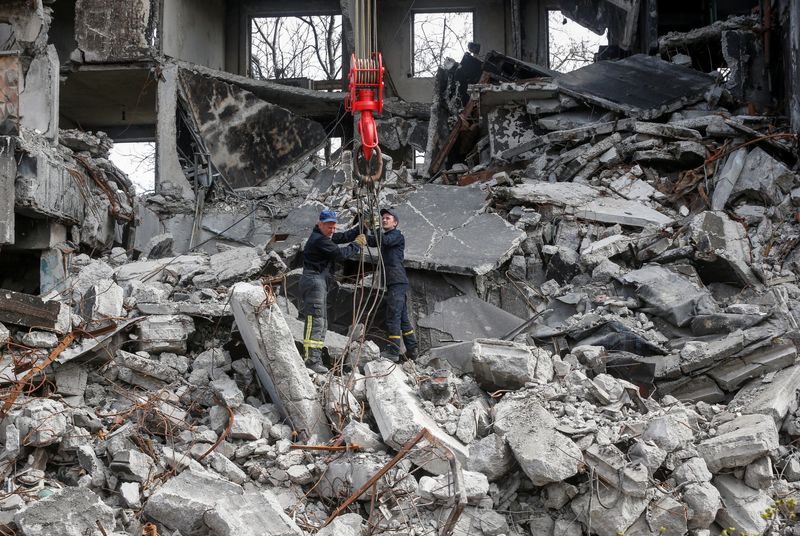 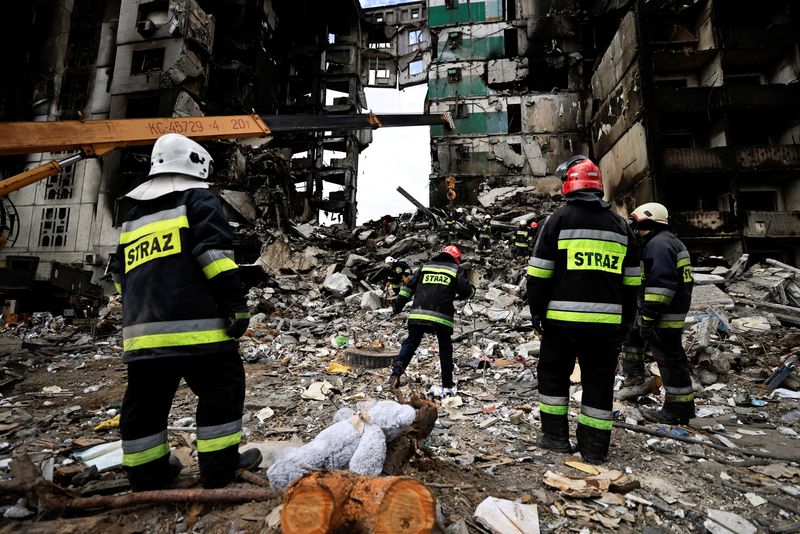 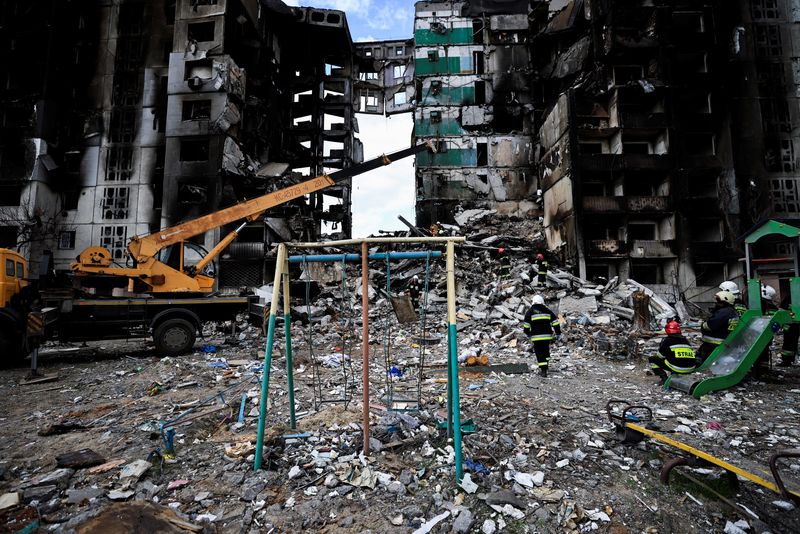 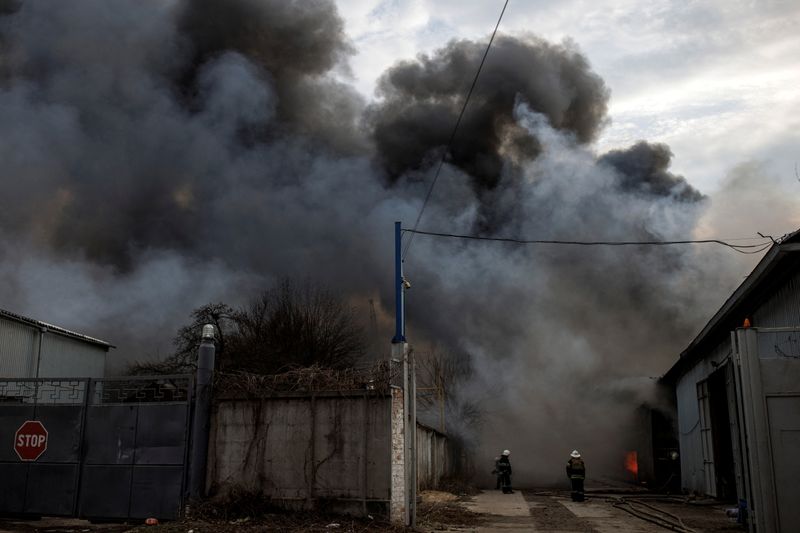 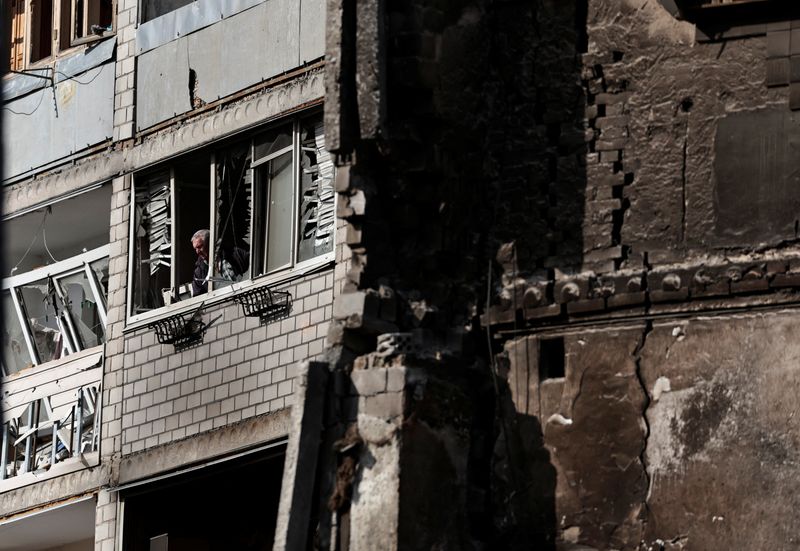 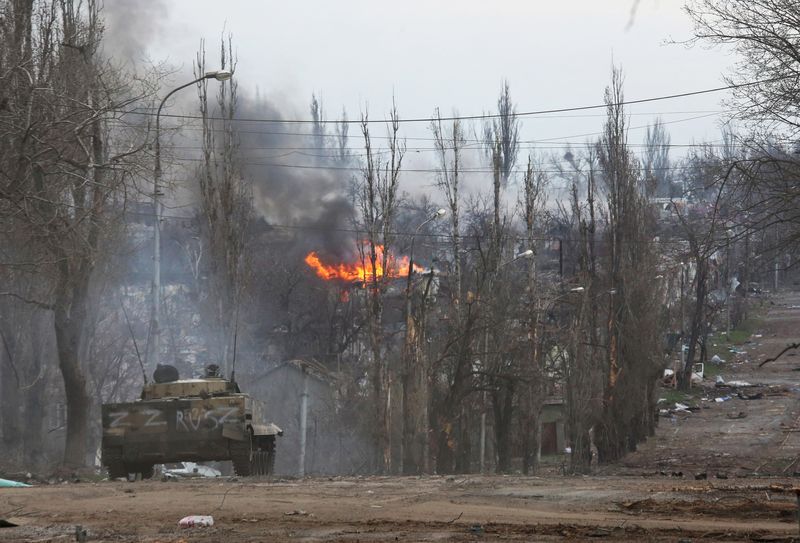 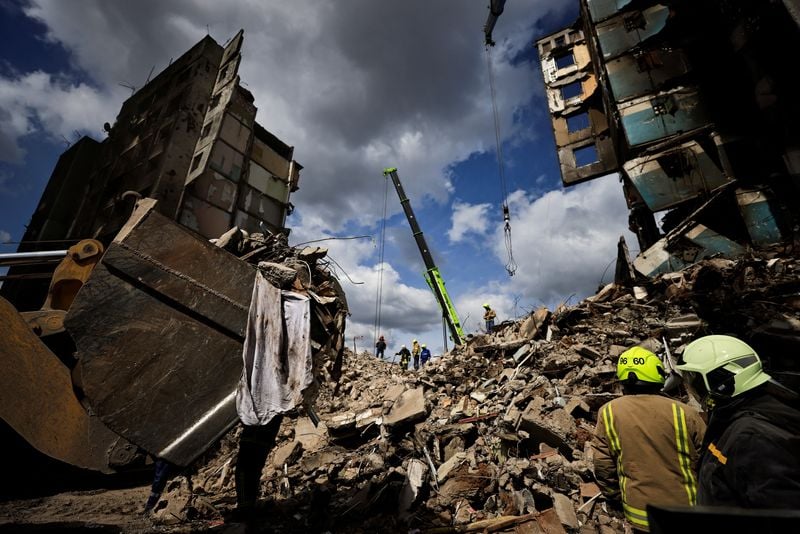 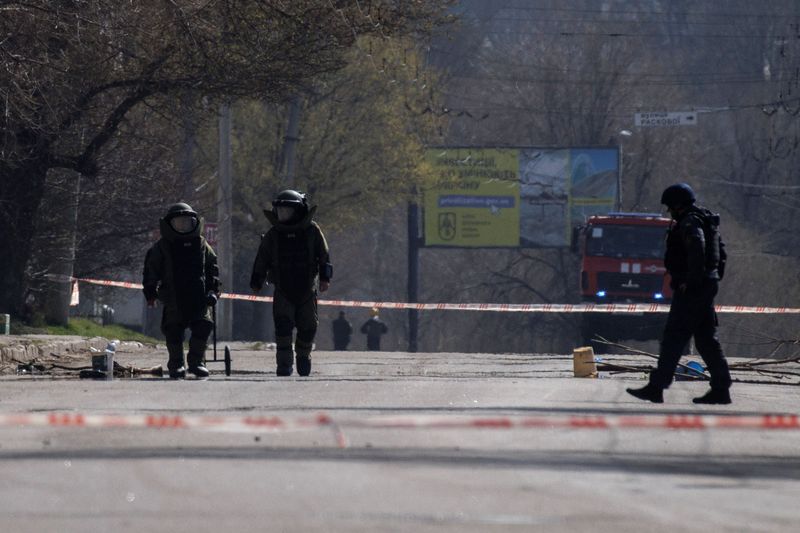