CHICAGO -Major U.S. airlines are enjoying the strongest travel demand in three years, yet investors will focus on how they are mitigating mounting inflationary pressures when they report quarterly earnings starting on Wednesday.

After a blip caused by the Omicron coronavirus variant, travel demand has roared back, with some airlines reporting the highest ticket sales in their history. U.S. passenger traffic has been averaging about 89% of the pre-pandemic levels since mid-February, according to Transportation Security Administration (TSA) data.

But jet fuel prices in North America have gone up by more than 30% in the past month, since Western countries slapped sanctions on Russian exports. Carriers also must pay more to attract and retain talent in a tight labor market.

American Airlines, due to report first-quarter earnings on April 21, on Tuesday revised up estimates for jet fuel expenses. Overall, it projected costs in the quarter through March would be at least 16% higher than in the corresponding period of 2019.

The Texas-based carrier is tipped to report a loss of $2.42 per share for the quarter, according to Refinitiv data.

Soaring fuel costs have raised concerns among investors at a time when the airline industry has spent two years trying to recover from the downturn caused by COVID-19.

Fuel is the industry’s second-biggest expense after labor, but major U.S. airlines do not hedge against volatile oil prices like most European airlines.

Instead, they typically look to offset fuel costs with higher fares. Airlines fares were up about 24% year-on-year in March, among the biggest contributors to a jump in U.S. consumer prices.

United Airlines Holdings has said it is passing along most additional fuel costs to customers. Its average fares are up more than 100% from a year ago, according to data from Cowen.

Delta Air Lines Inc, which will report its quarterly earnings on Wednesday, last month said it needed to raise ticket prices by about 10% each way to cover the fuel costs.

Historically, the U.S. airline industry has offset around 60% of changes in fuel expense with higher revenue, analysts at Barclays wrote in a note. As a result, demand needs to stay strong for sustainable profitability, analysts say.

Some are concerned that rising fares and higher inflation could dent travel spending.

Sheila Kahyaoglu, an analyst at Jefferies, said consumers might hit the brakes in the second half, making it tougher for airline revenues to rebound to 2019 levels. 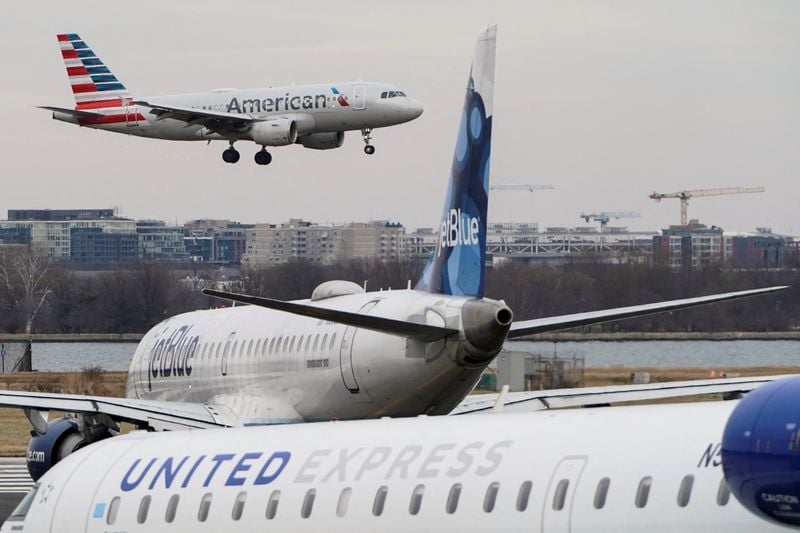