SEOUL – South Korea’s central bank raised its benchmark rate to the highest since August 2019 on Thursday in a surprise move as it ramped up the fight against rampant inflation, which threatens its economic recovery.

In its first ever rate review held without a governor, the bank’s monetary policy board voted to raise interest rates by a quarter of a percentage point to 1.50%, an outcome less than half of economists foresaw in a Reuters poll.

Most analysts had expected the Bank of Korea to keep rates unchanged until its new governor assumes office, after Lee Ju-yeol’s term as chief ended last month.

Joo Sang-yong, acting chairman of the six-member policy board, said the bank could not to wait for the formal appointment of a new governor to continue efforts to slow inflation and warned price growth was likely to top 4% for a while, up from its February forecast of 3.1%.

“A back-to-back rate hike in May is also likely,” said Paik Yoon-min, an analyst at Kyobo Securities, who sees the policy rate at 2.00% by the end of this year.

“If the Fed starts making big step hikes from May, it will soon catch up on South Korea’s base rate and weaken the effectiveness of pre-emptive moves by the BOK.”

While the hike went against most economists’ official forecasts, an April tightening was seen as a live prospect by many investors and the Korean won and bond yields were little swayed following the move.

In fact the yield on three-year treasury bonds fell after Joo spoke at a news conference about downside risks to growth.

In a policy statement, the BOK said South Korea’s economic growth is projected to be below the February forecast of 3%.

At the same time, inflation in South Korea is expected to hold at decade-highs as Russia’s invasion of Ukraine sends commodity prices soaring.

Thursday’s rate decision comes after New Zealand and Canada both delivered 50 basis point hikes and other Asia-Pacific central banks shift their focus away from supporting growth to fighting surging inflation.

Analysts see South Korea’s policy rate reaching 2.00% by the end of this year.

Rhee Chang-yong, a veteran International Monetary Fund official and South Korea’s nominee to be central bank chief, is expected to start his four-year term after the necessary parliamentary hearing on April 19.

The yield on the most liquid three-year treasury bond exceeded 3.2% this week, to levels not seen since 2012, as the prospect of faster U.S. rate hikes fuelled concerns about the ability of the global economy to weather higher financing costs.

The Federal Reserve raised the target band for its policy rate in March in the first upward shift since 2018, and analysts predict it will turn much more aggressive in tightening monetary policy to step up the fight against inflation. 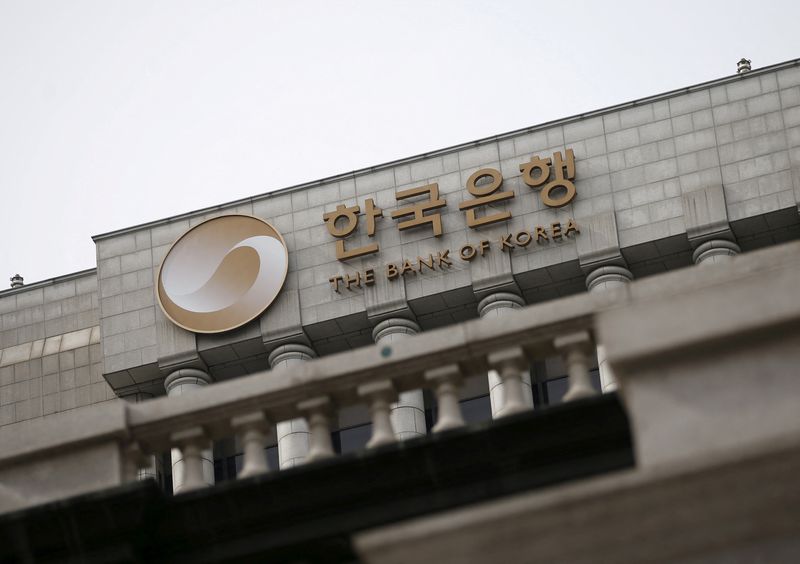