TOKYO (Reuters) – Uniqlo operator Fast Retailing Co’s earnings on Thursday may give an indication of how major global retailers are weathering COVID-related shutdowns in China, one of the biggest growth markets for many Western brands.

China is Fast Retailing’s biggest overseas market, with 863 stores on the mainland, almost 90 outlets in Shanghai, where stringent lockdown measures, introduced in late March, remain in place to contain the country’s worst outbreak of the pandemic.

Fast Retailing is due to report six-month results through end-February, and COVID conditions in China have only worsened since the first quarter, when the company said profits from China slid dramatically.

The restrictions impact global brands like McDonald’s and Starbucks, which each have dozens of outlets in Shanghai, but also disrupt the production hubs of major clothing retailers including Fast Retailing, H&M, and Nike.

Retailers have tried to speed up transportation of their goods out of Asian production hubs following log jams at ports in the United States last year.

But now the same thing is happening in Asia, with container ships lined up outside ports waiting to get in, said Keith Jelinek, managing director of performance improvement for the Berkeley Research Group.

“These lockdowns in China have shut down a lot of production for manufacturing, so there’s going to be this long timeframe to build all that back up, and that’s a concern,” he said.

Fast Retailing has more Uniqlo stores in China than in its home market of Japan. The fast fashion retailer opened a flagship store in Beijing in November, its third megastore in mainland China, and plans to open 100 locations in the country each year going forward.

China makes up about 60% of Fast Retailing’s overseas revenue. The company decided to close about 50 stores in Russia following Moscow’s invasion of Ukraine.

“I wonder to what extent (Fast Retailing) saw these lockdowns coming and were able to adjust production. If not, expect to see markdowns and lower gross margins going forward,” he added. 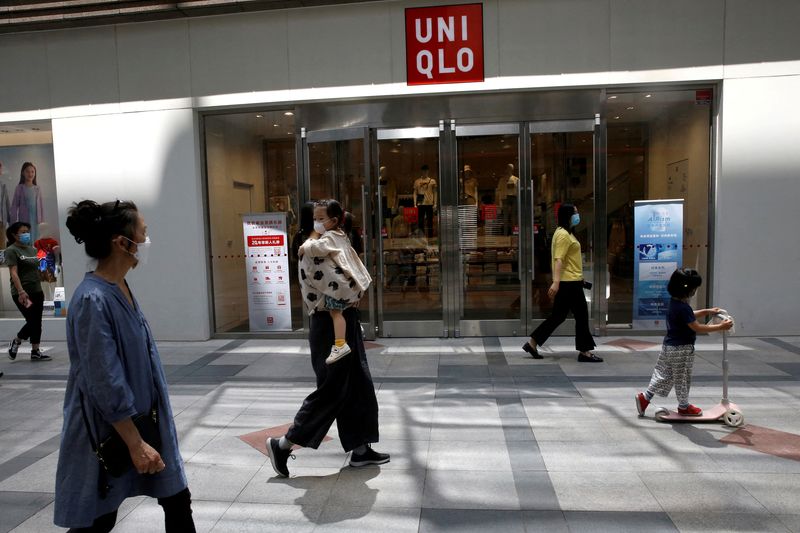