BRASILIA (Reuters) – The Brazilian government projected on Thursday that the country’s debt will reach 79.6% of gross domestic product in 2023, rising to 80.3% in 2024 and remaining at that level in 2025.

That compares with a 79.6% level currently, according to the central bank, signaling that the government expects a mild expansion in the coming years of its main fiscal sustainability indicator.

The figures are contained in the 2023 budget bill sent to Congress, which sets a fiscal primary deficit target of 65.9 billion reais ($14.02 billion) for central government accounts next year, as Reuters previously reported.

The central government accounts comprise the results of the Treasury, social security and the central bank. Brazil’s Economy Ministry recently projected a 66.9 billion reais primary deficit for this year.

Figures have been negative since 2014, with fiscal deterioration taking gross debt far from the average for emerging countries, which stands at about 50% of GDP.

The government foresees in the budget bill that in 2024 it will report a deficit of 27.9 billion reais. In 2025, after 11 years of straight shortfalls, the balance will move into the positive field, at 33.7 billion reais.

Economy Minister Paulo Guedes has said that better fiscal numbers after the record deficit posted on the back of the COVID-19 blow in 2020 demonstrate the country’s commitment to fiscal responsibility.

Many analysts, however, believe this year’s presidential elections will take candidates, including President Jair Bolsonaro, who is seeking a second term, to bet on more populist rhetoric, leaving fiscal discipline aside. 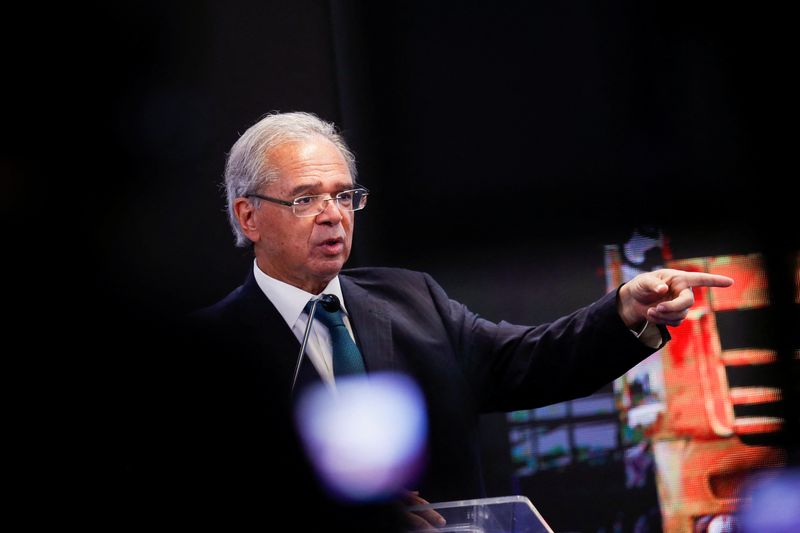