TOKYO (Reuters) – Japan’s core consumer inflation likely accelerated in March from a year earlier but was still well short of the Bank of Japan’s price goal, a Reuters poll showed, bolstering the view that the BOJ will lag way behind other central banks in normalising policy.

Separate data is expected to show Japan’s trade balance remained deep in the red, stoking worries about surging import costs of fuel and commodities, while the yen’s weakening to 20-year low past 126 versus the dollar this week adding to the pain.

Next week’s data would underscore the challenge for Japan’s central bank. The weak yen has emerged as a political hot-button issue as lawmakers demand measures to cushion the blow from rising inflation.

The nationwide core consumer price index (CPI) data, to be released by the internal ministry at 2330 GMT on April 21, likely rose 0.8% in March from a year earlier, faster than a 0.6% gain in February, the poll of 18 economists showed on Friday.

“The natiowide core index probably picked up in March as import inflation has strengthened due to the weak yen, rising crude oil and commodity prices.”

Still, rising headline inflation does not mean the BOJ would rush to unwind its monetary stimulus anytime soon. On the contrary, the central bank is expected to stick with its powerful stimulus for some time given the view that the current cost-push inflation is far from sustainable, analysts say.

Its long elusive inflation target is 2%.

The trade data, to be issued by the Ministry of Finance at 2350 GMT on April 19, will probably show Japan’s trade balance remained in a deficit of 100.8 billion yen in March, narrowing from 668.3 billion yen seen in the previous month. 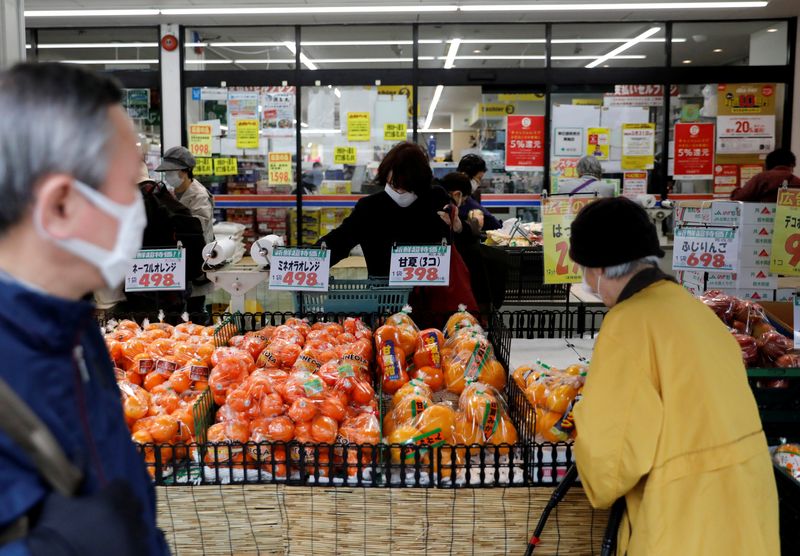