(Reuters) – Through most of the pandemic, Kent International, Inc couldn’t import enough Chinese-made bicycles to supply Walmart Inc and its other big U.S. retail customers.

But in recent months, the New Jersey-based wholesaler and manufacturer built a nice buffer — about a 10-week supply at its three warehouses in California, South Carolina and New Jersey, compared to the pre-COVID normal of four to six weeks of stock. And the company is glad to have it, now that a new wave of shutdowns in China to combat rising COVID cases is roiling global supply chains.

“The supply chain for bicycles has caught up,” said Arnold Kamler, the CEO.

Many U.S. companies are in the same position. Inventory levels have gone up in recent months as U.S. port congestion eased and supply chains have begun to untangle.

Wholesale inventories surged 19.9% in February on a year-on-year basis, according to figures released by the Commerce Department on Thursday. They were up 2.5% from January.

Most economists predict inventories could continue the upswing, since inflation-adjusted inventories remain below their pre-pandemic level. Inventory-to-sales ratios are also low.

The challenge now is the latest shutdown in China, which is clogging highways and ports and stranding workers inside factories or shutting down production. These disruptions are sending a new ripple through global supply chains for goods ranging from electric cars to iPhones.

Don DiCostanzo, chief executive of Pedego Electric Bikes, said he started adding to inventories a year ago and opened a second warehouse in February near his office in California to hold the overflow.

“We’ve stocked it to the gills,” he said. “But we have challenges with incoming inventory because Shanghai has been shut down for a month.” That might mean shortages as the company moves into its busy summer season. It also means Pedego will have to delay the launch of a new product planned for June, because those bikes won’t make it on time.

Some companies have built up inventories with an eye on grabbing market share from competitors who didn’t move as fast to refill shelves.

Automatic Pool Covers, Inc in Indiana, for instance, is now sitting on three times as much inventory as it held just before the pandemic.

Michael Shebek, the company’s CEO, said he was able to do that by sharply expanding the number of suppliers he used to get materials and parts. He said the demand for new pools appears to be easing, though it remains elevated. During the pandemic, businesses that sold items needed to make life more comfortable for those homebound by quarantines surged.

For now, Shebek said having extra inventory has given him “a competitive advantage over those who don’t have it.”

Kamler, the CEO of Kent, said last year he was “scrambling for bicycles like they were gold – but now, we’re in a more normal cycle.”

The Chinese factory that supplies most of his bicycles in Kunshan, near Shanghai, has now shut down. Whether that eventually causes another round of shortages for him depends on how long the halt lasts, he said, noting that with the fatter inventories he now holds, it shouldn’t be a problem unless it goes on longer than a month.

To be sure, there’s a dark side to holding all those goods. “The cash issue is the one nobody talks about,” said Kamler.


He estimates that he’s now paying U.S. Customs $4 million to $5 million a month in duties on his imported bikes. He also has a factory in South Carolina that makes bikes, but it relies heavily on Chinese parts that also carry tariffs. When he ships goods to retailers, he recovers this cost. But carrying inventories for longer periods means carrying that added cost longer.

The higher cost of ocean freight — which shot up during the pandemic and remains elevated — also remains a burden. 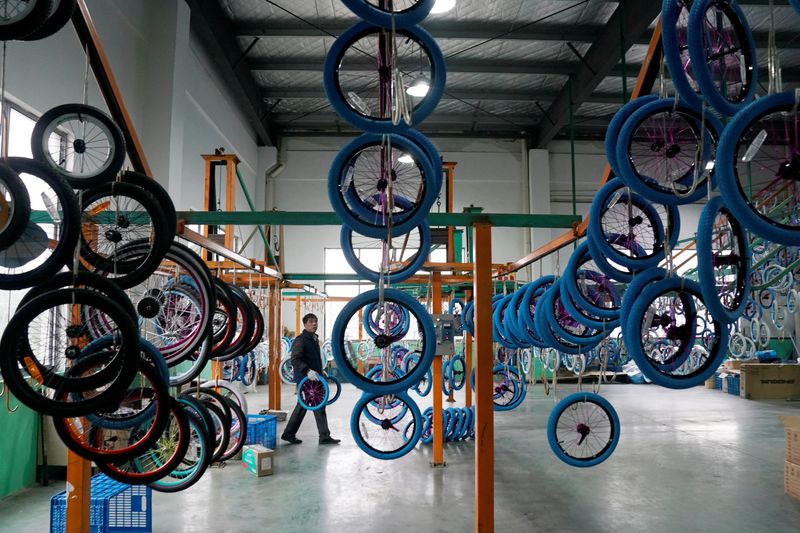 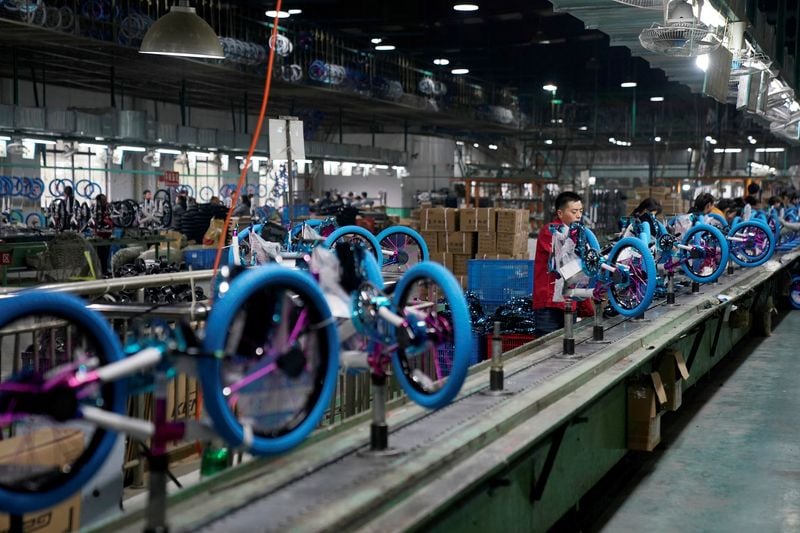