(Reuters) – A sharp rebound in automotive output in March spurred a third straight monthly gain in U.S. factory activity, perhaps signaling the worst of the production woes that have dogged the motor vehicle industry over the last year may have passed.

Manufacturing, which accounts for 11.9% of the American economy, has benefited from a shift in spending to goods from services during the COVID-19 pandemic. But manufacturers have struggled to cope with the strong demand while labor markets have become extraordinarily tight and supply bottlenecks have persisted due to COVID lockdowns in China and the war in Ukraine.

Especially hard hit by supply issues has been the automotive sector, where production has been hampered for more than a year by a global shortage of electronic components, especially the computer chips needed for today’s increasingly complex vehicle operating systems.

But U.S. motor vehicle and parts production shot up by 7.8% last month, the largest increase since October, after a downwardly revised drop of 4.6% in February. Total assemblies of cars and light trucks rose to nearly 9.5 million vehicles at a seasonally adjusted annual rate, the highest since January 2021, up from 8.3 million the month before.

“The auto industry is making a comeback,” Bill Adams, chief economist for Comerica Bank, said in a note. “Production plunged in 2021 as the chip shortage idled factories. Now that is reversing as carmakers work through the challenge and find ways to stretch their chip supplies.”

The production recovery should further fuel a pickup in auto sales that have been held back by the supply shortages, Adams said. Even as consumer spending shifts back toward services in the months ahead as COVID caseloads ease, “vehicle sales have brighter prospects this year than other categories of durable consumer goods.”

“Since sales last year were held back so much by the chip shortage, vehicle sales are constrained much more by supply than demand, and so will grow solidly in 2022 and 2023 despite higher (interest) rates on car loans and less support from fiscal stimulus,” he said.

Overall industrial sector capacity utilization, a measure of how fully companies are using their resources, rose to 78.3% last month, the highest in more than three years, from 77.7% the month before. It is 1.2 percentage points below its 1972-2021 average.

Capacity use for the manufacturing sector increased to 78.7% in March, the highest level since 2007, from 78.1% in February.

A separate report from the New York Federal Reserve on Friday showed manufacturing activity in New York state has accelerated in April, even as inflationary pressures kept building.

Its Empire State Manufacturing Index rose to a four-month high of 24.6 after a reading of negative 11.8 in March. The survey’s prices paid index shot to a record high of 86.4 from 73.8 last month.

Optimism in the outlook waned, however, with the six-month outlook index dropping to 15.2, the lowest in about two years, from 36.6 in March. 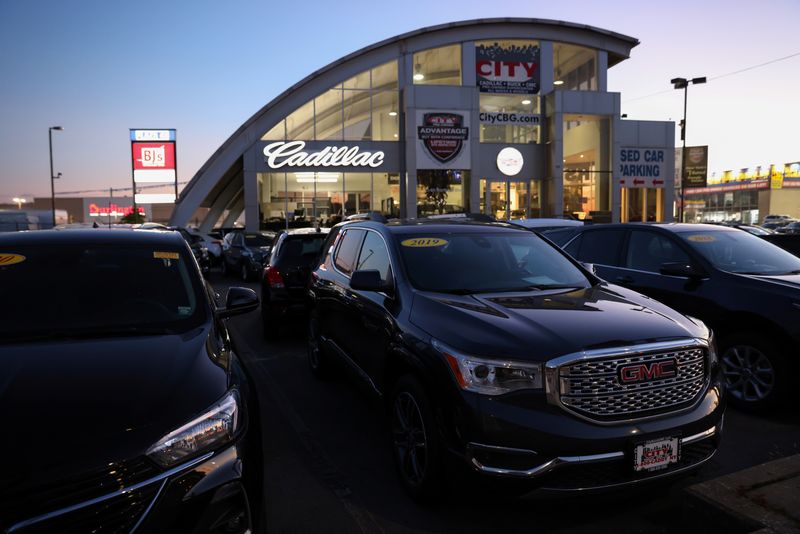