BEIJING (Reuters) – China’s accommodation and catering sector contracted in January-March from a year earlier for the first time since 2020, pointing to increasingly flagging consumption weakened by COVID curbs on travel and social-distancing rules.

The sector’s output shrank by an inflation-adjusted 0.3% in January-March to 386.1 billion yuan ($60.6 billion), the National Bureau of Statistics said in a statement on Tuesday.

Accommodation and catering last contracted in the third quarter of 2020, when output fell 5.1%.

In the first quarter, China’s overall economy grew faster than expected by analysts, but consumption, real estate and exports were hit hard in March, data from the statistics bureau showed on Monday.

In March, retail sales contracted the most on an annual basis since April 2020, down 3.5%.

“The top priority is to implement policies to help assist troubled industries, such as catering and retail,” Meng Wei, spokeswoman at the National Development and Reform Commission, told reporters on Tuesday.

The output of the accommodation and catering sector was the lowest since the second quarter of 2020, according to data from the statistics bureau.

(Reporting by Ryan Woo and Liangping Gao; Editing by) 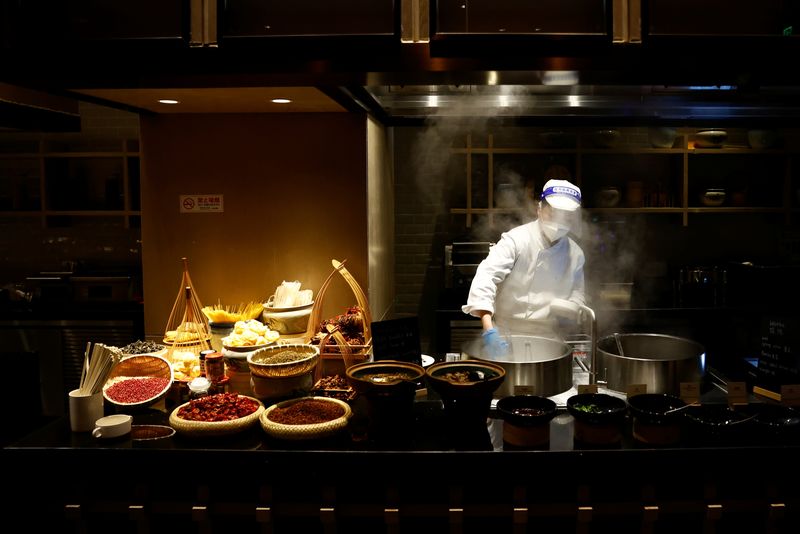