WASHINGTON (Reuters) – Confidence among U.S. single-family homebuilders fell to a seven-month low in April as surging mortgage rates and snarled supply chains boosted housing costs, shutting out some first-time buyers from the market, a survey showed on Monday.

The housing market is under the spotlight as the Federal Reserve adopts an aggressive monetary policy stance in its fight against sky-high inflation, sending the 30-year fixed mortgage rate above 5% for first time in over a decade.

But with housing inventory at record lows, the blow from surging borrowing costs could be modest.

“The extreme supply-demand imbalance in today’s housing market will likely dampen the hit to activity from higher rates,” said Ronnie Walker, an economist at Goldman Sachs.

The National Association of Home Builders/Wells Fargo Housing Market index dropped two points to 77 this month. The fourth straight monthly decline pushed the index to its lowest level since last September. A reading above 50 indicates that more builders view conditions as good rather than poor.

Homebuilding sentiment dropped to its lowest level in nearly two years in the Midwest. It also fell in the West, but rose in the Northeast and edged up in the densely populated South.

Shortages as well as the high cost of building materials such as framing lumber are making it difficult for builders to ramp up production.

According to government data, the backlog of houses approved for construction but yet to be started hit an all-time high in February. Homebuilding and housing permits likely slipped in March, a Reuters survey of economists predicted. March’s housing starts report is scheduled to be published on Tuesday.

“Policymakers must take proactive steps to fix supply chain issues that will reduce the cost of development, stem the rise in home prices and allow builders to increase production,” said NAHB Chairman Jerry Konter in a statement.

The Fed in March raised its policy interest rate by 25 basis points, the first hike in more than three years. Economists expect the U.S. central bank will hike rates by 50 basis points next month, and soon start trimming its asset portfolio.

The 30-year fixed-rate mortgage averaged 5.0% during the week ending April 14, the highest since February 2011, up from 4.72% in the prior week, according to data from mortgage finance agency Freddie Mac.

At the current mortgage rate, economists estimate consumers taking a $300,000 home loan would pay $263 more per month than if they had fixed the loan rate at the beginning of this year.

Goldman Sachs estimates that sales of previously owned homes will drop about 6.0% to an annualized pace of 5.8 million units this year from the fourth quarter of 2021. It also expected house price inflation to remain strong this year.

“We expect home price growth to slow more substantially beyond this year. Our model points to a pace of home price growth in the low single digits by mid-2023, a pace we previously did not expect to reach until 2024.”

The NAHB survey’s measure of current sales conditions fell to a seven-month low of 85 from 87 in March. But its gauge of sales expectations over the next six months rose three points to 73. The component measuring traffic of prospective buyers declined six points to an eight-month low of 60. 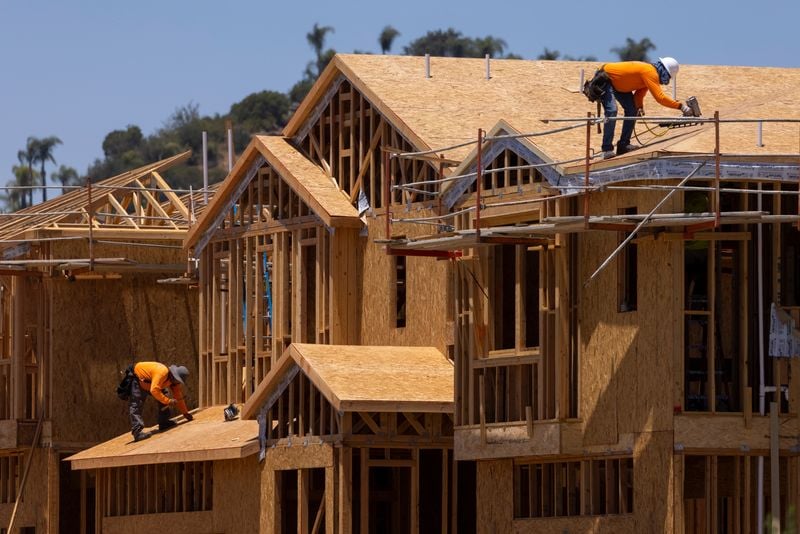