BRUSSELS – The European Commission is working to speed up the availability of alternative energy supplies to try to cut the cost of banning Russian oil and persuade Germany and other reluctant EU nations to accept the measure, an EU source told Reuters.

Some EU countries are also pushing for other new restrictions nearly eight weeks after Russia began its invasion of Ukraine.

None of these measures has been formally proposed and countries have different positions on them.

Neither has a date been set for the European Commission to propose a sixth package of EU sanctions against Russia in response to its invasion of Ukraine on Feb. 24, EU sources said.

Work is underway, however, to assess the costs of replacing Russian oil with imports from other suppliers, one of the sources said, noting the Commission was talking to oil-producing countries to help arrange national deals for quick and moderately priced alternatives.

Brussels is preparing a full impact assessment of an oil ban as part of possible further sanctions, the source said on condition of anonymity because the source was not authorised to speak to the press.

Oil exports are the Kremlin’s main source of foreign currency and many within the EU have called for an end to oil payments because they effectively finance the war in Ukraine, which Russia calls a “special military operation”.

Germany is the main opponent of an oil embargo, and although it is not the only one, a shift in its position would prompt others to follow suit, the source said.

The German government has said it is working to end Russian imports this year but has also urged a gradual approach to avoid major economic disruption. About a third of Germany’s crude oil came from Russia in 2021.

Another strategy expected to be used to persuade doubters is to prolong the wind-down period to end existing contracts or introduce a full ban on oil gradually, the source said.

Germany successfully pushed to extend the wind-down period from three to four months when the EU adopted a ban on Russian coal earlier this month.

Gas is also another major source of revenue for the Kremlin, but its ban has not yet been properly discussed at EU level because of the bloc’s reliance on it.

FROM BANKS TO NUCLEAR BANS

When the European Commission presented its fifth sanctions package to EU member states’ envoys on April 6, the Baltic states and Poland urged an immediate oil ban in addition to the measures proposed by the EU executive, diplomats said.

Germany’s envoy was among the most outspoken opponent, saying it could be perhaps considered for successive rounds of sanctions and had to be carefully calibrated because it could greatly affect the German economy, diplomats said.

A spokesperson for Germany’s mission to the EU had no comment.

European Commission President Ursula von der Leyen has repeatedly said the EU is working on an oil ban, but has not indicated when it could be proposed and approved.

The German envoy told the April 6 meeting that a ban on the import of nuclear fuel from Russia could be considered as part of further sanctions.

Eastern European countries, including Hungary, the Czech Republic and Slovakia, depend on Russian nuclear fuel to run their Russia-designed atomic reactors, which in turn provide a large share of their electricity.

Other measures flagged by some states, but not unanimously backed, concern a further ban on Russian news channels, which stand accused of spreading disinformation about the Ukraine war.

This is a particularly sensitive issue in Eastern European countries with large Russophone populations, especially in the Baltics, and because it potentially clashes with the fundamental right to access information, officials said.

The EU has already blocked Russia Today and Sputnik. Other broadcasters that have been flagged for a ban are state-owned RTR-Planeta and R24.

EU diplomats have also asked for new banking sanctions, including the exclusion from the SWIFT messaging system of Sberbank and Gazpromneft, the two Russian banks that handle most energy payments to Russia, sources said. 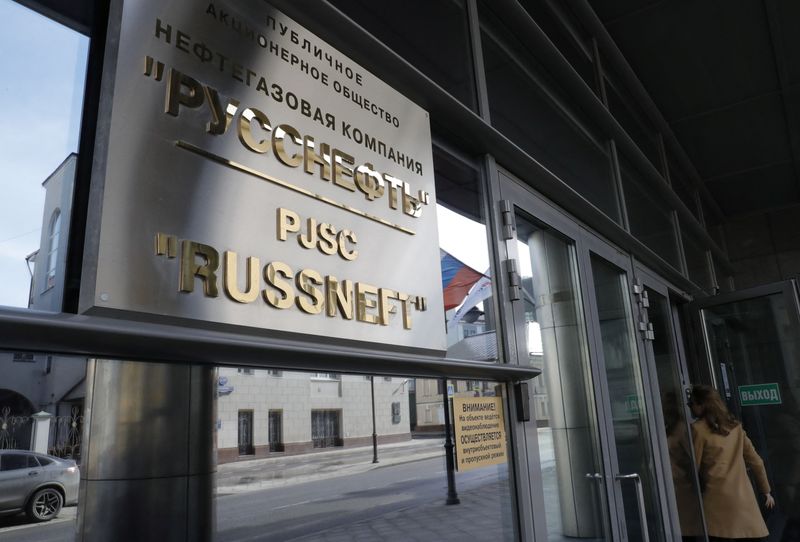