(Reuters) – San Francisco Federal Reserve President Mary Daly on Wednesday said she believes the case for a half-percentage-point interest rate hike next month is “complete” and “solid,” with the U.S. central bank’s rate hike path this year broadly seen as appropriate in the face of high inflation.

With the Fed set to raise its benchmark overnight interest rate to 2.5% over the course of this year and announce the start of the reductions in its balance sheet at its May 3-4 policy meeting, she said, “my modal outlook is that we’ll have a soft landing,” with the U.S. economy slowing to below its trend growth rate but not tipping into recession, she told reporters after a speech at the University of Nevada, Las Vegas.

If there is a recession, she said, it will be short and mild, a matter of a couple of quarters with growth “just a tiny bit below zero” and not enough to derail a longer-term expansion.

At the same time, she said, businesses and households find it “comforting” that the Fed is raising rates. Doing so, she said, will not just help bring down inflation that is too high, but will also serve to slow what she said is getting to be a “frothy” labor market. Consumer prices rose 8.5% on an annual basis in March, the fastest increase since late 1981, and unemployment fell to 3.6%, with job vacancies at near records.

It’s “premature,” Daly said, to judge how far rates will ultimately need to rise. As the Fed raises rates, she said she’ll be assessing the economic impact of tighter U.S. monetary policy, Russia’s war in Ukraine and the state of supply chains. 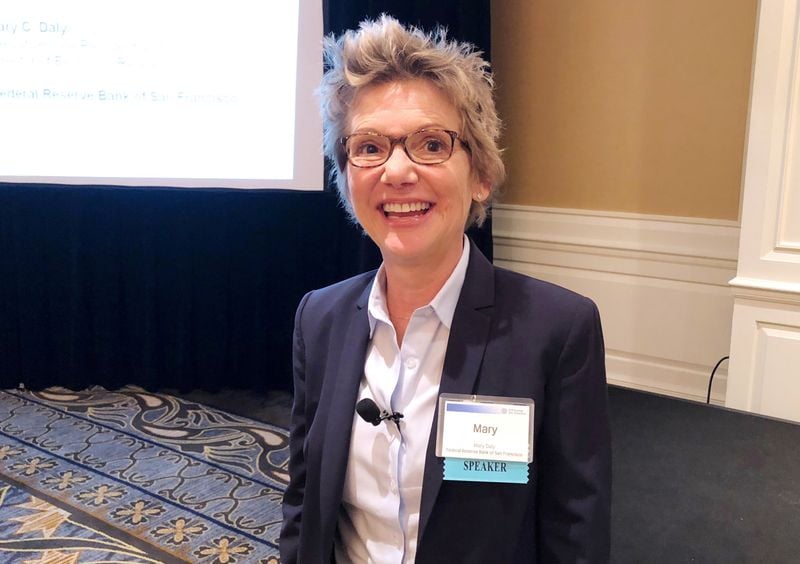