(Reuters) – Gold steadied on Wednesday, recouping some losses after hitting a near two-week trough, as the dollar and U.S. Treasury yields eased off recent peaks.

But further gains in bullion were capped by prospects of aggressive tightening of U.S. monetary policy.

“A lot is likely to depend on the strength of the dollar, which is still fairly resilient at the moment, the direction of the U.S. yields and inflation expectations more broadly.”

The yield on 10-year Treasury Inflation-Protected Securities, or real yields, touched two-year highs on Wednesday, briefly rising into positive territory for a second straight day. [US/]

Gold, considered a hedge against inflation, is highly sensitive to rising U.S. interest rates and Treasury yields, which increase the opportunity cost of holding the non-yielding bullion.

The dollar was down 0.5% on the day, making gold less expensive for overseas buyers. [USD/]

On Monday, gold came close to the key psychological level of $2,000 per ounce, before retreating.

From a technical point of view, $2,000 was a key level of resistance and stopped the uptick in gold prices, said Carlo Alberto De Casa, external market analyst at Kinesis.

“A large majority of investors are also waiting for the Fed to raise interest rates by 50 basis point.” 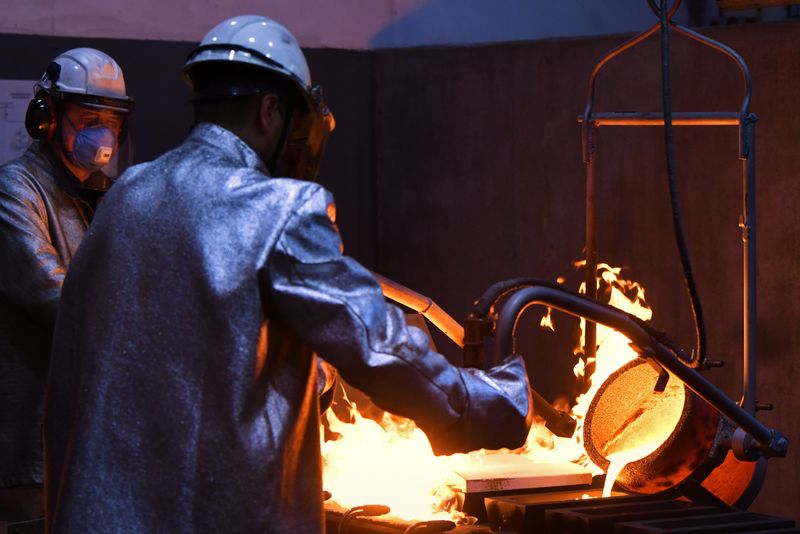