After passage by the state Senate on Wednesday, the new district boundaries only await DeSantis’ signature to go into effect.

The House vote came soon after Black lawmakers disrupted the proceedings by staging a sit-in protest. During debate on the proposed map, Black Democrats joined by white colleagues sat on the floor and sang the civil rights anthem “We Shall Overcome,” forcing the Republican House Speaker Chris Sprowls to call a recess.

“We cannot allow the elimination of Black representation. This is a direct attack on democracy,” said Representative Angie Nixon, a Democrat, as she live-streamed the protest while wearing a T-shirt that read “Stop the Black Attack.”

“I hope the insurrection on the House Floor is dealt with appropriately. #LockThemUp,” Republican Representative Randy Fine wrote on Twitter.

Republicans eventually returned to the floor and approved the map on a 68-38 party-line vote even as Democrats shouted objections.

Voting rights groups are expected to challenge the map in court as an illegal racial and partisan gerrymander after DeSantis signs it into law.

The governor, who is seen as a top Republican contender for the 2024 presidential campaign, had previously vetoed a map drawn by Republican lawmakers and ordered the legislature into special session this week to consider his administration’s proposal.

With all but two other states finished with the once-a-decade redistricting process, the outcome in Florida could play a major role in determining control of Congress.

DeSantis’ map would likely give Republicans 20 of the state’s 28 districts, four more than they currently hold. Republicans need to flip five seats nationally to take the majority in the U.S. House of Representatives, which would allow them to block much of Democratic President Joe Biden’s agenda.

Advocates have said the plan violates the law by reducing the number of Black districts from four to two. DeSantis has argued that the map is “race neutral” and that the current map is racially gerrymandered in an unconstitutional way. 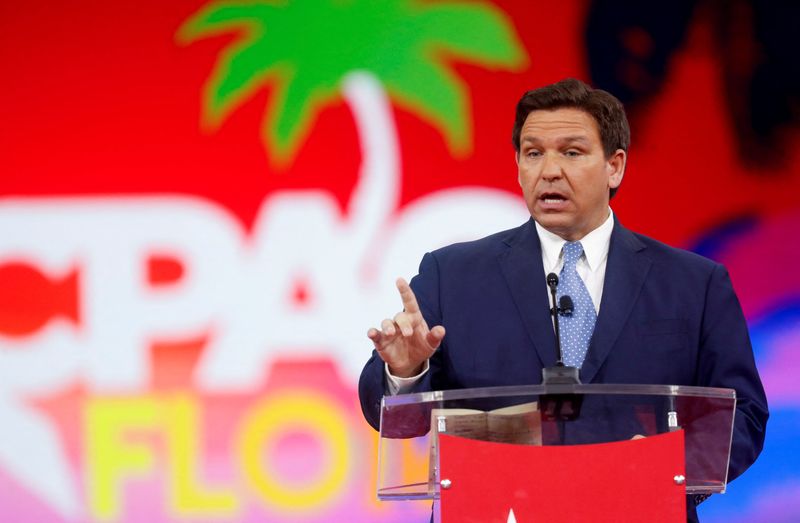