PARIS -Disruptions from COVID-19 lockdowns in China cast a cloud on forecast-beating first-quarter sales from Gucci owner Kering on Thursday, even as the group pointed to sustained demand from the United States and Western Europe for its high-end fashion and leather goods labels.

Group sales for the three months ending in March came to 4.96 billion euros ($5.4 billion), up 21% and slightly above a consensus forecast of 4.69 billion euros cited by Citi analyst Thomas Chauvet.

Kering SA’s star label Gucci, which accounts for over half of the French luxury group’s annual sales, clocked 13.4% growth, with a strong performance in the United States, Western Europe and Japan, while COVID lockdowns disrupted business in mainland China.

This figure fell below Chauvet’s estimate for 23% growth and marked a deceleration from last quarter.

“The quarter is ahead of expectations overall by 5.6%,” said Luca Solca, analyst with Bernstein, noting that Gucci was “one step behind” consensus forecasts while flagging an “impressive performance” from smaller labels.

Yves Saint Laurent posted 37.2% growth, while sales at Bottega Veneta grew 16.3%. After a few years of expanding Saint Laurent’s store network, the group is shifting investments to other areas like communication and marketing, as well as expanding its product range.

“The fundamentals of the luxury market in China remain intact,” Kering Chief Financial Officer Jean-Marc Duplaix told journalists in a call, noting the resilience of Chinese consumers after crisis periods, the growing middle class and appetite in the country for luxury brands, echoing comments from other luxury groups including LVMH and Hermes, which both recently reported a strong start to the year.

The executive cautioned, however, that the lockdowns were tougher than the intermittent disruptions last summer, and noted an impact on consumer sentiment in the country.

Kering has been expanding Gucci’s product range with an emphasis on the higher end and executives flagged good traction at higher price points.

Store closures in China, in March and April, however, adversely affected lower price points and slowed the label’s ability to draw in new, younger clients, they said in a call with analysts.

CFO Duplaix said it was a bit early to comment on expectations for earnings at Gucci, noting “a lot of moving parts,” citing the lockdowns in China, where currently nearly a third of the group’s store network is in cities affected by restrictions, and the war in Ukraine.

He also said it was too early to measure the impact of inflation on luxury demand and costs, noting there was room for price increases at some labels including Gucci, which raised some prices toward the end of the quarter in the low and mid-single-digit percentages. 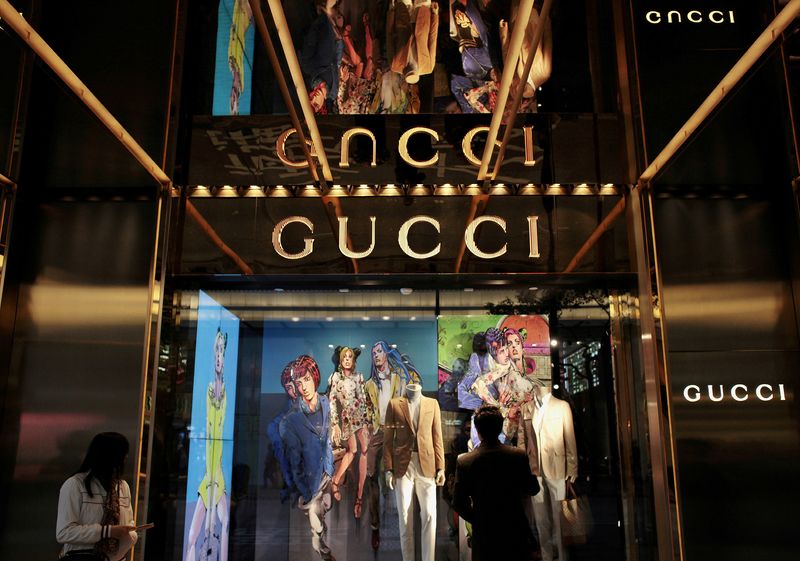