HOUSTON (Reuters) -Marathon Petroleum Chief Executive Michael Hennigan said on Thursday he will continue leading the largest U.S. crude oil refiner while he undergoes treatment for throat cancer, according to a letter released by the company.

“I will soon be undergoing a seven-week treatment protocol that includes a combination of radiation and chemotherapy,” Hennigan said in the letter. “This standard of care has been very successful in curing this type of cancer.”

Hennigan has been at the helm of Findlay, Ohio-based Marathon for two years, taking over from former Chief Executive Gary Hemminger, who spun off the independent refiner from Marathon Oil and built it into the nation’s largest refiner through a series of acquisitions.

In the letter to employees, Hennigan said the tumor “was caught early and is curable. Tests have confirmed the cancer is limited to my throat and nearby lymph nodes.”

While continuing as chief executive, Hennigan said he plans to limit travel and speaking during treatment.

Marathon reported net income of $16.5 billion in 2021 rebounding from a $10.6 billion loss in 2020. Marathon operates 13 refineries with a combined crude oil refining capacity of 2.9 million barrels per day (bpd), equal to 16% of total U.S. processing, according the U.S. Energy Information Administration. 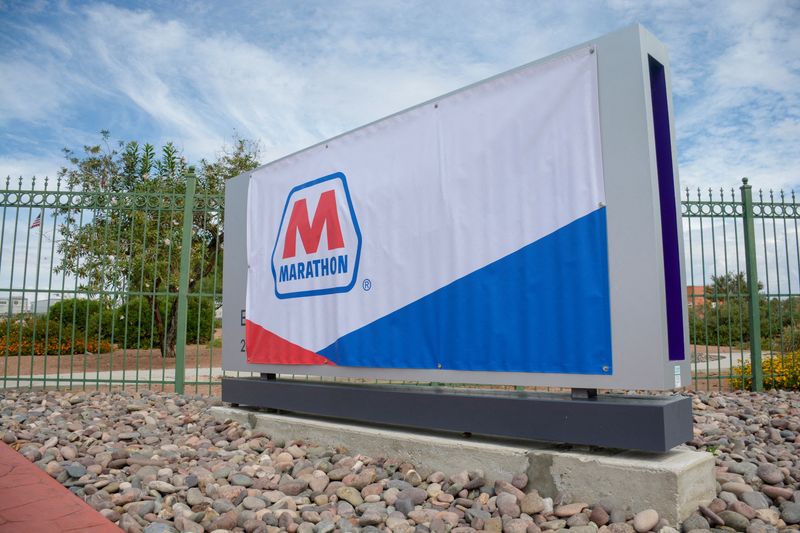