By Mark Weinraub and Julie Ingwersen

CHICAGO (Reuters) – U.S. farmers are off to a slow start in their corn planting this year and farmers in many key growing areas will likely remain sidelined for much of the next two weeks as the latest forecasts show showers and cool temperatures in the southern Midwest and Mississippi River Delta.

A big U.S. crop is needed this year to help fill the gap in supply left by Russia’s invasion of Ukraine, which has left grain stocks from last year stranded in that key export country and threatens to curtail production in 2022 as farmers there are unable to plant due to the fighting.

“It is incredibly important that we produce a maximum crop to keep prices stable,” said Sterling Smith, director of agricultural research at AgriSompo North America. “We are going to need perfect weather and right now we do not have perfect weather.”

Chicago Board of Trade corn futures have surged 17.5% since Russia’s invasion, with the most-active contract nearing a 10-year high, as importers have scrambled to find alternative suppliers for their grain with Ukraine’s export ports shut down.

The International Grains Council cut its forecast for 2022/23 world corn production by 13 million tonnes to 1.197 billion on Thursday. Ukraine is the world’s fifth biggest corn producer, with farmers harvesting 41.9 million tonnes in 2021.

The U.S. Agriculture Department said that 4% of the U.S. corn crop had been seeded as of April 17, down 3 percentage points from a year earlier and below the five-year average of 6%. Farmers in major production states such as Iowa, Illinois, Indiana and North Dakota had not seeded any corn yet. [US/COR]

“This has been a spring that’s had trouble getting started,” said David Streit, a Commodity Weather Group meteorologist.

More rain was in the forecast this weekend for southern areas of the Midwest where farmers are typically running planters by now. And then cold temperatures return next week following a brief warm-up, Streit added.


U.S. farmers aim to have their corn seeding finished by the middle of May as yield potential can be reduced by about a bushel per acre for each day their crop is planted past that deadline. 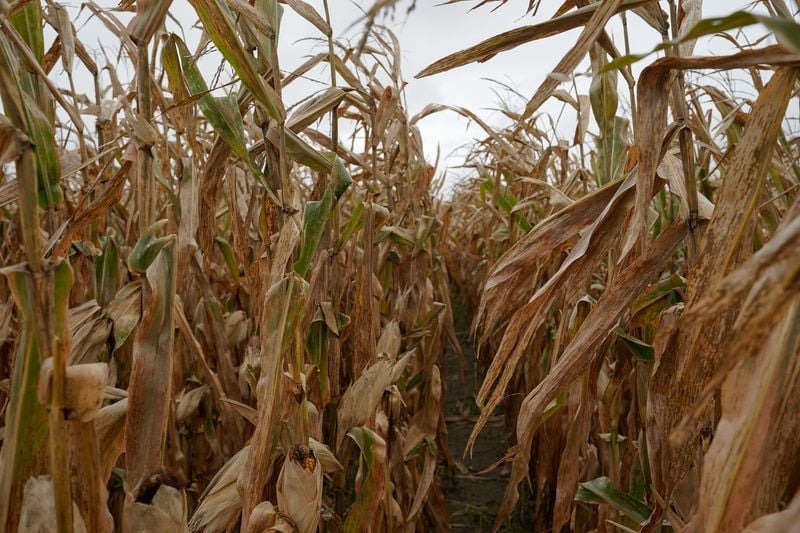