PARIS (Reuters) -Inflation will be high in 2022 and although the price pressure should progressively ease next year, France and its partner countries are set to enter into “a new era of higher inflation”, said the French finance minister.

“I think by 2023, inflation will decline progressively as we manage to balance offer and demand in the energy sector, but we have to be lucid about this: We are entering a new era of higher inflation,” Le Maire told BFM TV on Friday.

Russia’s invasion of Ukraine has contributed to a sharp rise in energy prices, which in turn has exacerbated inflationary pressures across the global economy.

The headline French inflation figure stood at 5.1% in March, while euro zone inflation in March was marginally lower than earlier reported but still at record highs because of a surge in the cost of energy.

Le Maire added on Friday that the current inflation in the euro zone’s second-biggest economy is driven to the factor of around 60% by energy prices. 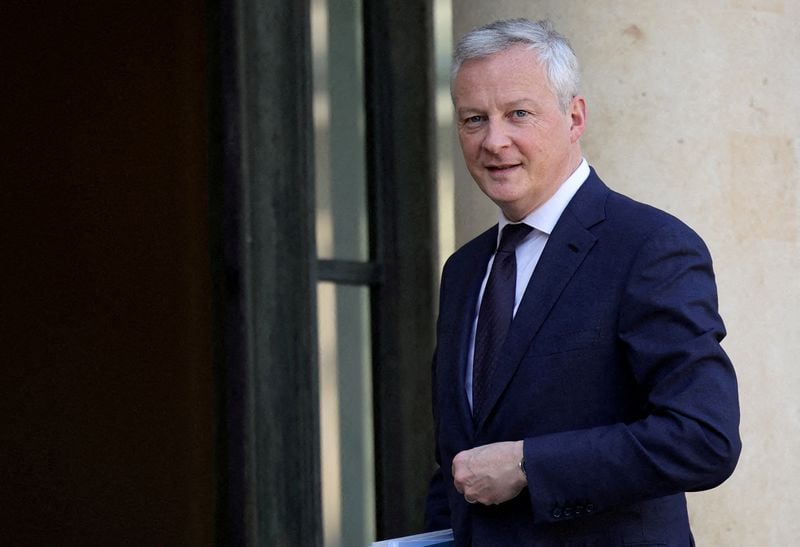