JAKARTA (Reuters) – Indonesian lawmakers on Friday approved the government’s plan to top up Garuda Indonesia’s capital by 7.5 trillion rupiah ($522.43 million) this year, once the carrier reaches a debt settlement with creditors, a government official said.

The approval was decided by a group of lawmakers tasked to deliberate on the government’s strategy to save the debt-laden airline, said Arya Sinulingga, an aide to the state-owned enterprises minister.

A wider vote is typically needed to finalise the decision.

Garuda’s chief executive Irfan Setiaputra thanked lawmakers for the decision, describing it as an important part of Garuda’s restructuring.

The flag-carrier has been trying to renegotiate its debt with creditors under a court-led process since the end of last year.

The restructuring has been extended twice to verify $13.8 billion worth of claims against it, compared with a total of $9.8 billion liabilities that Garuda said it has on its books.

The court has given Garuda until May 20 to finish verification and negotiations with creditors.

The state-owned enterprises ministry in a statement said the lawmakers asked the ministry and Garuda to implement its business plans, which should improve the its finances in the future. It did not elaborate.

Garuda said in a statement as part of the deliberation, the lawmakers’ group “has conveyed its understanding of a potential involvement of a strategic investor to support the restructuring” of its performance.

The airline did not name the investor and did not respond to further queries. 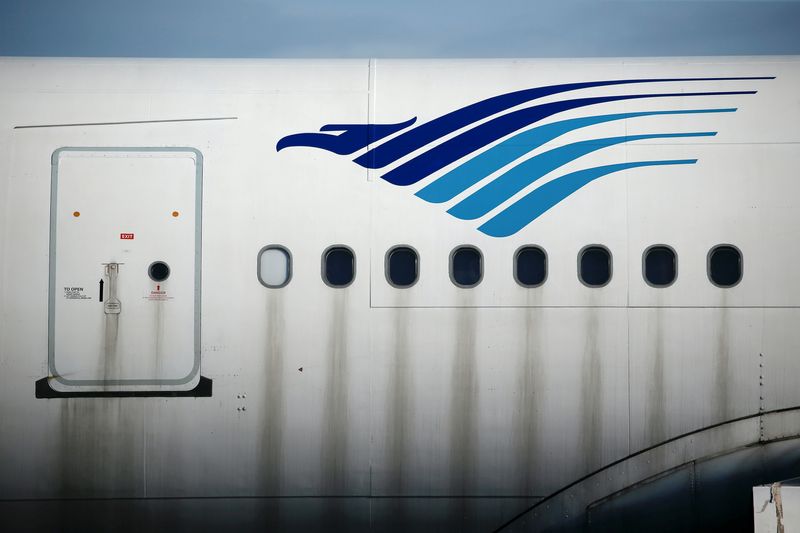