BEIJING – The economy of Shanghai, China’s most populous city, slowed in the first quarter from the end of 2021, hurt by rare declines in industrial output and retail sales that were hammered by the country’s most serious COVID outbreak.

Shanghai’s gross domestic product (GDP) grew 3.1% in the first quarter from a year earlier, the local statistics bureau said on Saturday, significantly less than the 4.8% growth in the national GDP during the same period announced earlier. In 2021, Shanghai’s GDP rose 8.1%.

“In January-February, the city’s economic operation was stable, but due to the impact of the COVID outbreak in March, the first quarter was marked by stability followed by a decline,” the city’s statistics bureau said in a statement.

Shanghai started reporting COVID cases in the latest outbreak in early March, with authorities declaring a lockdown of the entire city of 25 million people in early April when infections escalated.

The economic slowdown in Shanghai, which did not publish GDP data for the fourth quarter of 2021, is widely expected to have worsened in April. Its GDP contracted 6.7% in January-March 2020 when the new coronavirus first emerged.

For January-March, industrial production grew 4.8% from a year earlier, the Saturday data showed.

In the first quarter, the city’s consumer prices rose 1.8% from a year earlier, with prices in January-February up 1.6% year-on-year and accelerating in March to a 2.2% clip.

The higher consumer inflation came as Shanghai residents complained about food and basic supplies during the lockdown, with some saying prices of vegetables had gone up by five to 10 times of levels before the outbreak.

Job creation also slowed, with Shanghai reporting 192,600 new jobs in the first quarter, a drop of 26,200 from the year-earlier quarter. 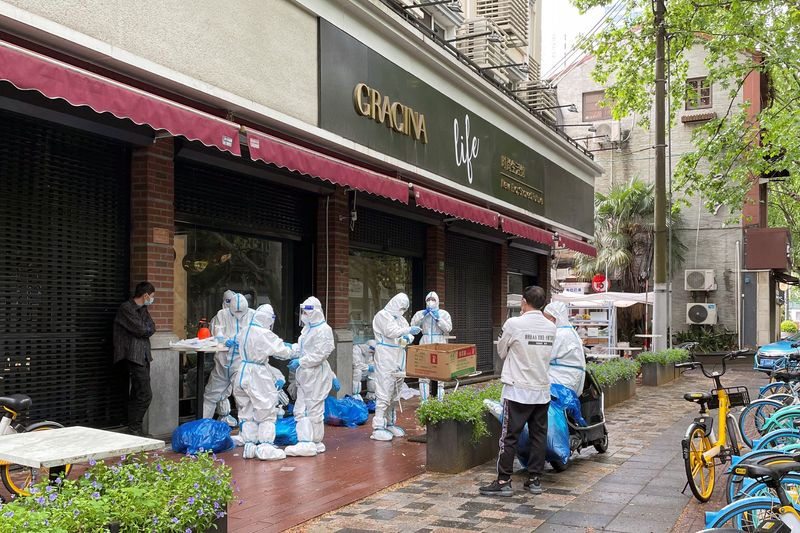