KYIV – President Volodymyr Zelenskiy said Ukraine hoped to secure heavy weapons at talks with the U.S. secretaries of state and defence in Kyiv on Sunday, supplies that he said were vital for Ukraine to eventually retake Russian-occupied territory.

The Ukrainian leader warned that Kyiv would quit talks with Moscow if Russia destroyed “our people” surrounded in the war-torn city of Mariupol or staged referendums to create more breakaway republics on newly-occupied Ukrainian soil.

At one point in an emotional news conference, he said that he thought Russia could use a nuclear weapon, but that he did not want to believe that Moscow would.

He said that it was absolutely vital for Ukraine to obtain more weapons.

“As soon as we have (more weapons), as soon as there are enough of them, believe me, we will immediately retake this or that territory, which is temporarily occupied,” he told reporters.

He used his news conference held in Kyiv’s metro system to announce the imminent arrival of U.S. Secretary of State Antony Blinken and Secretary of Defense Lloyd Austin for talks on Sunday.

“Tomorrow we will discuss this exact list of weapons that are essential for us and the pace of deliveries,” he said. “We expect this. We would like to have … powerful heavy weapons.”

He fought back tears at one point saying that he shared the pain of every Ukrainian who had lost children in Russia’s war and that Saturday’s missile strikes had killed eight people in the city of Odesa, including a three-month-old child.

He said that Saturday had been one of the most difficult days yet for Ukrainian forces encircled in Mariupol and that Kyiv had offered Moscow every possible kind of exchange deal to secure their release.

Ukrainian forces are holed up at a steel works in the city of Mariupol. 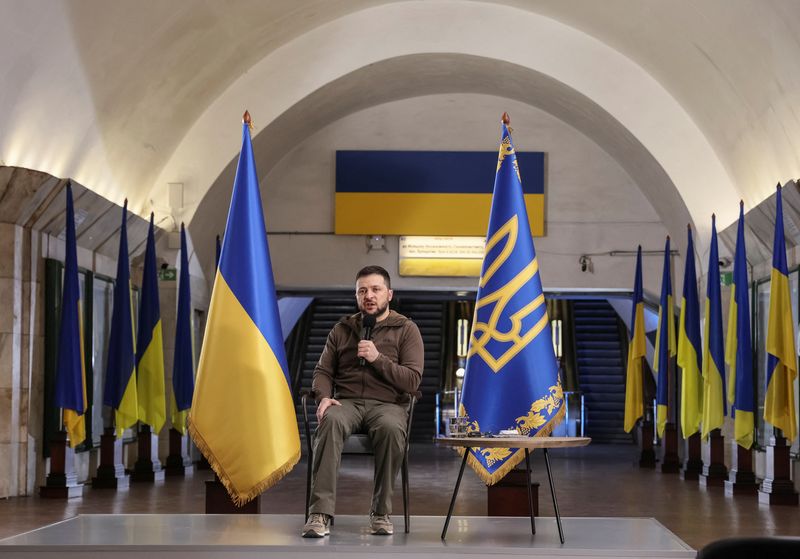 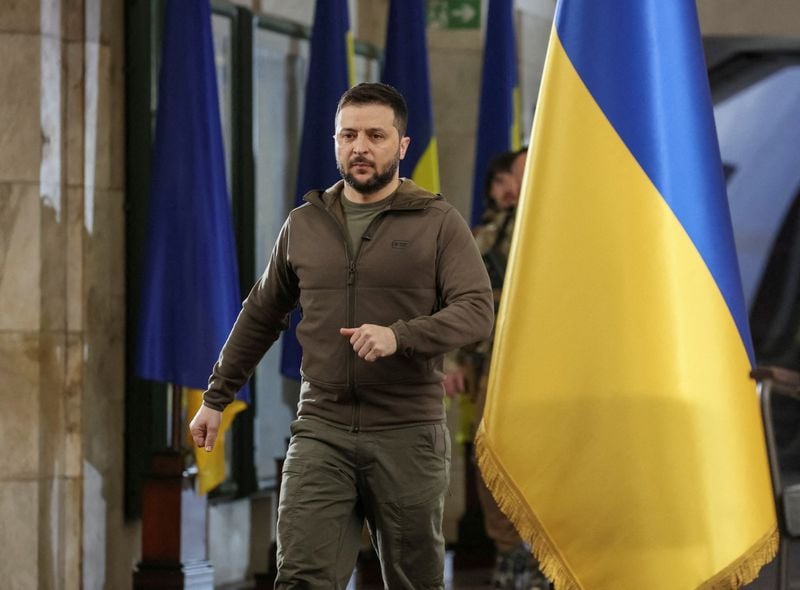 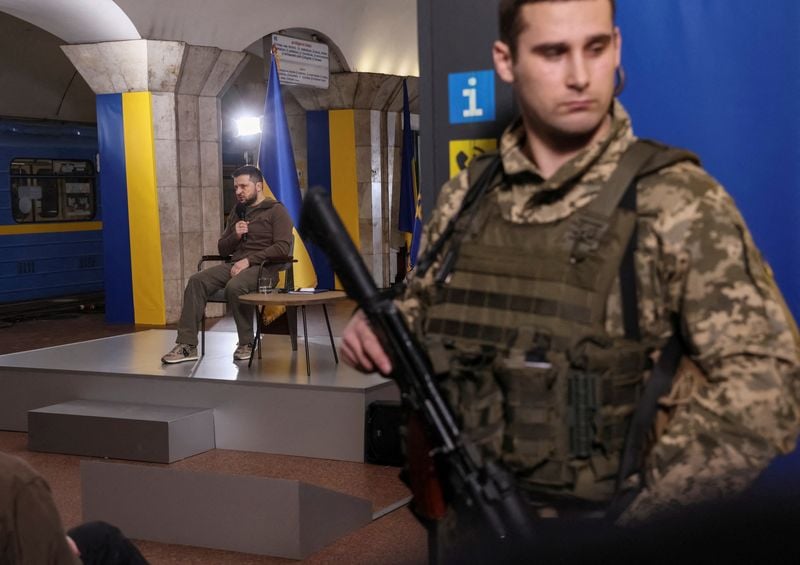