By Julie Gordon and Steve Scherer

OTTAWA (Reuters) -The Bank of Canada will likely consider another half-percentage-point rate increase in its next policy decision, as “too-high” inflation potentially nears its peak, Governor Tiff Macklem said on Monday, though he did not rule out an even larger move.

The Canadian central bank made the rare move of raising its key policy rate by 50 basis points (bps) earlier this month, lifting it to 1.0% from 0.5%. It’s next policy decision is on June 1.

“I expect we will be considering a 50-basis-point increase. I’m not going to rule out other options. But anything bigger than 50 basis points would be very unusual,” Macklem said, while testifying to the House of Commons’ finance committee.

The central bank has not hiked rates by more 50 bps since 1998. Late last week, Macklem told reporters he would not rule out increasing interest rates by more than 50 bps in one go to tackle inflation, now running at a 31-year high.

Macklem’s comments on Monday signal a half-percentage-point move is likely the “base case,” said Royce Mendes, head of macro strategy at Desjardins Group. Upcoming GDP, jobs and inflation data will dictate the ultimate size of the increase, he added.

“There’s a chance that any and all of those provide evidence that the Bank of Canada needs to raise rates to more neutral levels expeditiously,” Mendes said.

Macklem also reiterated that inflation is too high and looks set to stay higher for longer than previously thought. He repeated that the central bank will act “forcefully,” as needed, to slow the rise in prices.

When asked if March’s 6.7% inflation print was the peak, Macklem said it could be near it.

“There’s quite a lot of volatility in inflation. So, look, it could go a little higher, it could be the peak. I do think we’re close to the peak,” he said.

“What I will underline is that, whether this is the peak or not, 6.7% is too high,” Macklem added.

Countries around the world are grappling with high inflation amid surging demand and supply chain bottlenecks. Russia’s invasion of Ukraine has pushed up the price of oil and other commodities, adding to the pinch.

Macklem said as those factors abate, inflation will naturally come down as long as expectations remain anchored. He also made clear that how high interest rates go will depend on how the Canadian economy responds to the monetary policy tightening and how the inflation outlook changes.

“It is important to remember that we have an inflation target, not an interest rate target. This means we do not have a pre-set destination for the policy interest rate,” he said. 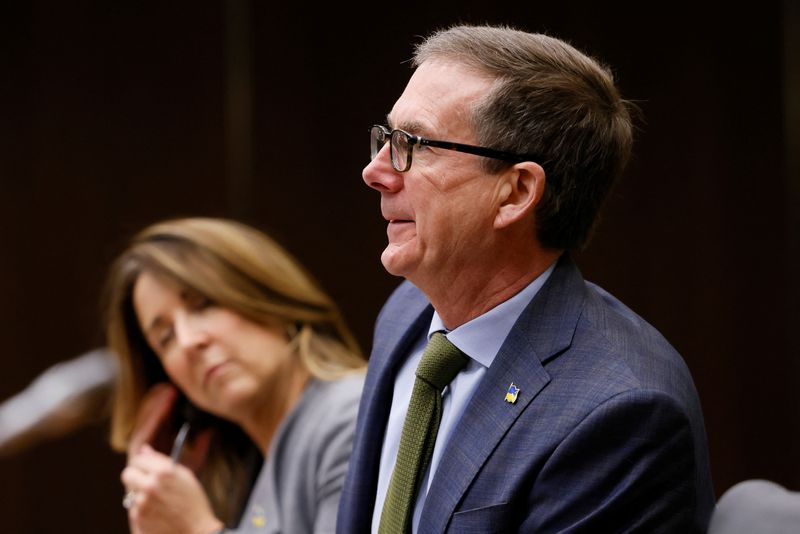