BOGOTA (Reuters) – Colombia’s fuel subsidy fund is projected to more than double its deficit to 33.7 trillion pesos ($8.8 billion) this year because of high oil prices, the country’s fiscal rule committee said on Monday, making it necessary to gradually raise prices at the pump.

The deficit in the fund – which is separate from the national deficit – would be equivalent to 3.3% of gross domestic product, said the advisory committee, which is tasked with supervising public accounts.

Colombia, where the top export is oil, has benefited from high international prices, though rising costs for materials have impacted producers.

The government has not yet passed the increase in fuel prices onto consumers, amid inflation of 8.53% in the 12 months to March, nearly three times the central bank’s 3% target.

The Fund for Stabilization of Fuel Prices (FEPC) had a deficit of 14 trillion pesos ($3.66 billion) at the close of the first quarter, the committee said. The fund’s debt could rise to 33.7 trillion pesos by the end of 2022.

“Care must be taken with the issue of inflation, a strong increase could worsen inflation,” said committee President Juan Pablo Cordoba. “Often when there are difficult decisions the decision is to do nothing, but not doing anything also has consequences.”

For every percentage point that fuel prices are raised, inflation will increase by 0.08%, the committee said.

The government said last week it will publish the draft of a decree meant to change the methodology for setting fuel prices, to bring them in line with international levels and reduce future deficits. 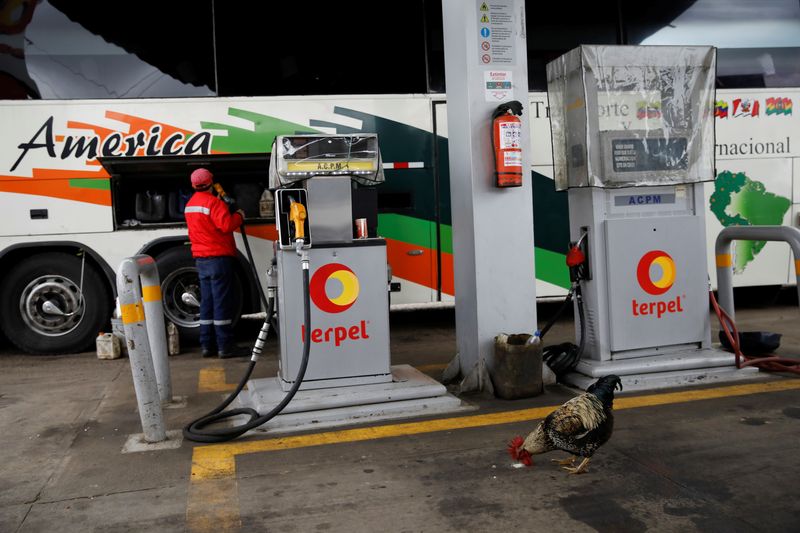