By John Irish and Elizabeth Pineau

PARIS (Reuters) -Marine Le Pen brought the far-right from fringe status into the mainstream in a decade and, unbowed by her third failed bid for the presidency, she promised on Sunday to keep up the fight against Emmanuel Macron as she turns her attention to June’s parliamentary vote.

Since taking the helm of the party in 2011, Le Pen has sought to rid the National Front – now called the National Rally (RN) – of the anti-Semitic image it acquired under the nearly 40-year leadership of her father, ex-paratrooper Jean-Marie Le Pen.

Her latest attempt to win the presidency saw her tap into anger across the country over the rising cost of living, the decline of many rural communities and general disenchantment with President Macron.

That allowed her to get between 42%-43% of the vote — according to estimates after polling closed on Sunday — more than doubling her father’s 18% score 20 years ago, when he lost to conservative Jacques Chirac in the 2002 runoff.

“I will continue the fight for France and the French people,” Le Pen told supporters in a defiant speech that conceded defeat but called her result a victory and a source of hope for the French, who she said had sent a signal to Macron.

“I fear the next five years will not break with the contempt and the brutal policies of the last five years and Emmanuel Macron will do nothing to repair the divisions in our country.”

Le Pen will likely be challenged for the title of far-right torch-bearer by the duo of pundit-turned- nationalist politician Eric Zemmour and her own niece, Marion Marechal, who defected to Zemmour’s own presidential bid weeks before the election.

Both Le Pen and Zemmour spoke about a possible coalition of anti-Macron, nationalist forces emerging in time for the June parliamentary elections. Neither said who they expected to be in charge of such an alliance.

Le Pen has long shown an ability to reinvent herself.

After a thumping defeat to Macron in 2017 she has softened both her style and substance as she sought to broaden her voter base. She has reined in some anti-immigrant messaging while still vowing “French first” policies to shelter workers from globalisation.

Ahead of this election, opinion polls consistently showed Macron ahead but a smart first-round campaign focused on economic hardships made it a closer race than Macron would have liked.

That strong performance could help give her party a platform to improve its parliamentary representation after securing just eight seats in 2017.

Whether Le Pen is able to hang on until the next presidential vote in 2027 is unclear, but in an interview with Reuters in March she refused to rule out a fourth run at the Elysee Palace.

“Five years ago after the (TV) debate everyone was saying she is finished. I hope she stays,” Bruno Bilde, a RN lawmaker told Reuters. “When you end up with millions of French who believe in you, then you continue.”

Living and breathing politics from her youngest years, Le Pen has said her childhood was deeply marked by the explosion of a bomb that destroyed the family apartment when she was eight.

She joined her father’s party aged 18. Her later attempts to revamp the National Front’s image led to a falling-out with her father. She finally had him expelled from the party in 2015.

She too has courted controversy, linking the use of the hijab to radical Islam even as she has sought to downplay her calls for laws to ban the veil in public places.

Le Pen, 53, has denied drifting towards the centre. She has pledged to reserve family benefits for households where at least one parent has French citizenship, and deport foreigners who have not worked for a year. During the campaign she said she would not be dragged into a race to the bottom by Zemmour.

With her trademark gravelly voice, she has never hesitated to lock horns with rivals. But arguably she now seems like part of the establishment she criticises.

Zemmour and Marechal have already launched a more explicitly anti-immigrant and socially conservative movement to rally conservatives and the hard-right as the centre-right fragments.

It is not clear how and if Le Pen will be able to reconcile with the duo. Zemmour could not resist taking a dig at the Le Pen family name in a speech after the results came out.

“This is the eighth time a Le Pen has lost a presidential election,” he said. “I saw this defeat coming.” 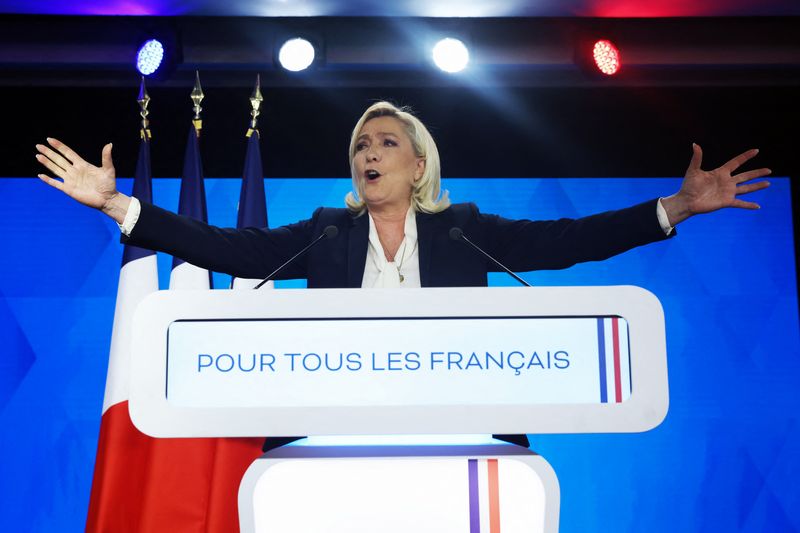 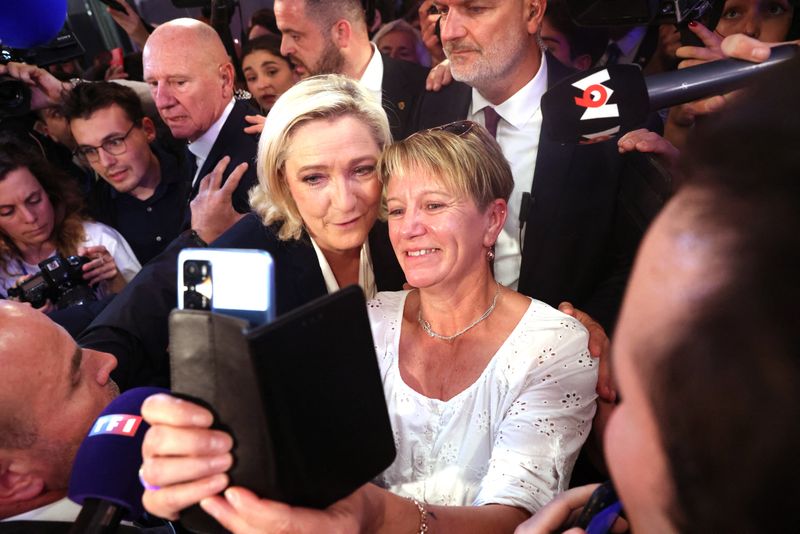 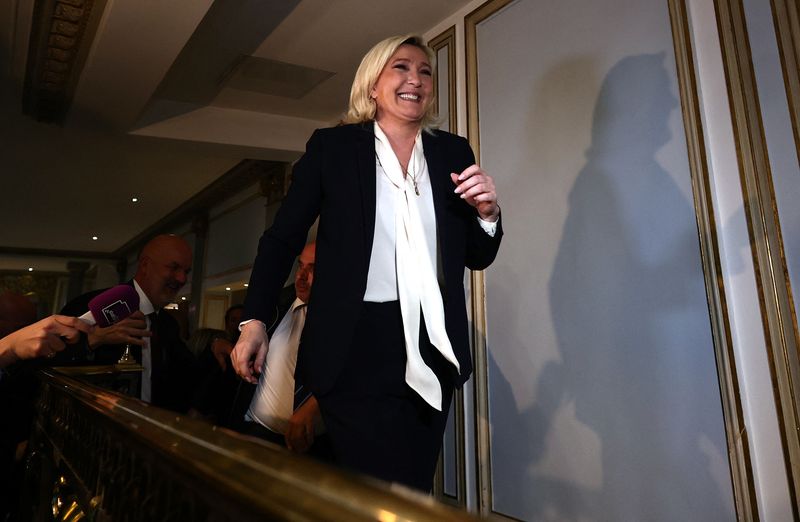