(Reuters) – Wall Street rose on Monday, with the Nasdaq ending sharply higher after Twitter agreed to be bought by billionaire Elon Musk, sparking a late day rally in growth stocks.

Twitter ended up 5.6% after announcing it would be bought by Musk in a deal that will shift control of the social media giant to the world’s richest person.

The S&P 500 traded in negative territory for much of the session but extended gains after Twitter’s announcement. The S&P 500 growth index ended up over 1%, also bouncing back from an earlier decline.

“You can tell growth wanted to rally all day but the market was holding it down. The Twitter news came and that was just a green light to start buying some of the growth names. They have been oversold for a while,” said Dennis Dick, a trader at Bright Trading LLC.

Earlier, uncertainty reverberated across world markets, with Chinese shares marking their biggest slump since a pandemic-led selling in February 2020 and European stocks falling to their lowest in over a month on fears of strict restrictions in China. [MKTS/GLOB]

Google-owner Alphabet rallied 2.9% ahead of its quarterly report after the bell on Tuesday. Microsoft and Facebook owner Meta Platforms also gained.

Nearly a third of S&P 500 index firms are due to report this week. Of the 102 companies in the S&P 500 that posted earnings so far, 77.5% reported above analysts’ expectations, according to Refinitiv data.

“Earnings are going to be crucial to the mindset of the of the average investor. The playbook was buy Apple, buy Netflix, buy Google and throw away the key, but that playbook is no longer working,” said Jake Dollarhide, chief executive officer at Longbow Asset Management. “What is the outlook for these companies going to be?”

The CBOE Volatility index, known as Wall Street’s fear gauge, hit as high as 31.6 points, its highest level since mid-March.

Traders are pricing in big moves by the Fed this year to control inflation after a series of hawkish remarks from policymakers. Fed Chair Jerome Powell last week gave a “go” sign to a half-point rate hike in May and signaled he would be open to “front-end loading” the U.S. central bank’s retreat from super-easy monetary policy.

Silicon Motion Technology Corp jumped almost 13%after a report that the chipmaker is exploring a sale.

Volume on U.S. exchanges was 12.8 billion shares, compared with the 12.7 billion average for the full session over the last 20 trading days.

Declining issues outnumbered advancing ones on the NYSE by a 1.19-to-1 ratio; on Nasdaq, a 1.21-to-1 ratio favored advancers.

(Reporting by Bansari Mayur Kamdar and Devik Jain in Bengaluru and by Noel Randewich in Oakland California; Editing by Maju Samuel and Aurora Ellis) 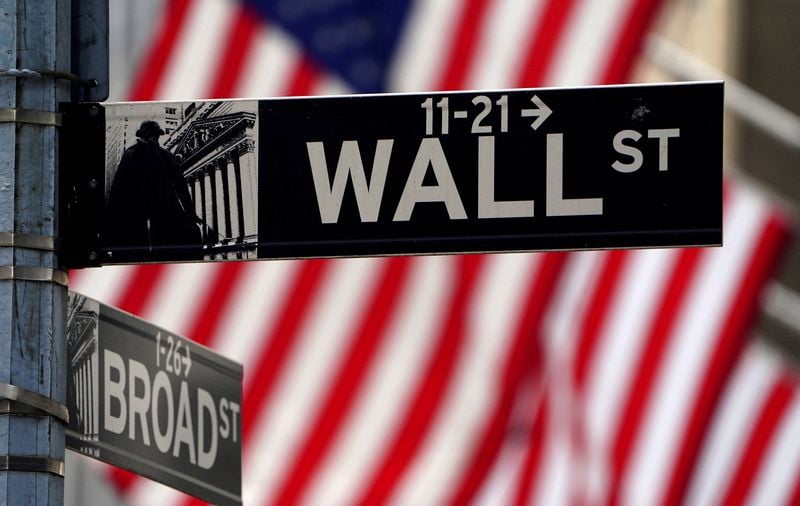