AMSTERDAM (Reuters) – Cat Rock, the second-largest shareholder in Just Eat Takeaway.com, called on Monday for a major shake-up of the company by voting out its CFO and several members of its supervisory board at the company’s annual meeting on May 4.

The move by Cat Rock, which has been an investor in Takeaway since shortly after its 2016 IPO, comes days after the company published a weaker-than-expected first quarter trading update and said it would seek to sell its U.S. arm Grubhub, which it purchased in June for $7.3 billion.

Cat Rock, which holds 6.88% of shares compared with founder Jitse Groen’s 7.13%, had earlier said the Grubhub acquisition was a strategic blunder and called for its disposal last year, setting up its own website to document its position https://justeatmustdeliver.com.

Takeaway “management made a capital allocation mistake by buying Grubhub, then lost investor trust by providing misleading financial disclosures in advance of shareholder votes on the deal,” Cat Rock said in a new statement and presentation on Monday.

Takeaway shares are down 48% percent in the year to date, closing at 25.12 on Friday. The company’s market capitalisation of 5.34 billion euros ($5.75 billion) is less than what it paid for Grubhub alone.

“The solution … is equally clear – the Company needs a new Supervisory Board that will take quick strategic action to focus the business and strengthen its capitalisation, and a CFO that will rebuild its credibility with the capital markets.”

Cat Rock’s call echoes that of hedge fund Lucerne Capital Management, with around 600,000 shares, which issued a call earlier this month to vote against the reappointment of CFO Brent Wissink. 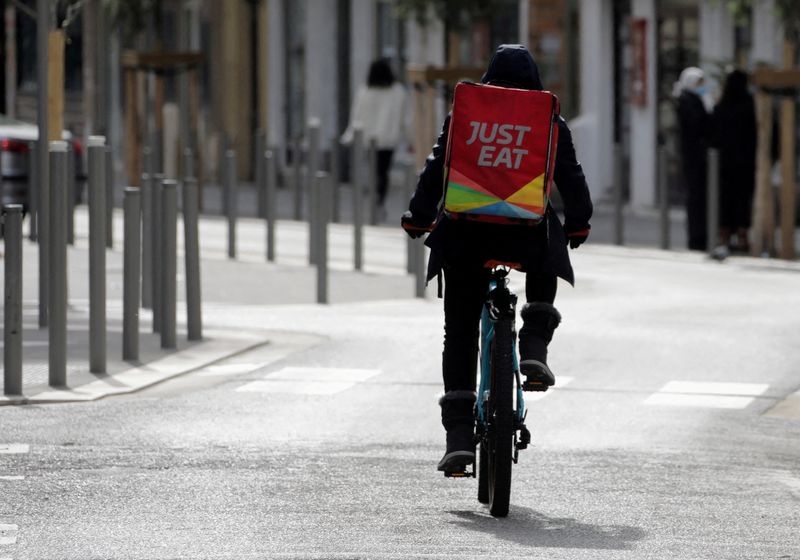