(Reuters) – Ukraine denied on Monday reaching an agreement with Russia on evacuating civilians from a steel plant in the southern city of Mariupol, and said the United Nations should be the “initiator and guarantor” of any such deal.

Russia had said earlier on Monday that it would open a humanitarian corridor for civilians to leave the huge Azovstal steel plant where they are holed up with Ukrainian fightersand have come under heavy fire.

“Today, the Russian side once again announced the existence of a corridor for civilians to leave Azovstal. This could be believed if the Russians had not destroyed humanitarian corridors many times before,” Ukrainian Deputy Prime Minister Iryna Vereshchuk wrote on the Telegram messaging app.

She said Ukraine had “appealed to U.N. Secretary-General Antonio Guterres to be the initiator and guarantor of the humanitarian corridor from Azovstal for civilians.”

Representatives of the United Nations and the International Committee of the Red Cross should be present when any humanitarian corridor was established, she said.

Guterres is due to hold talks in Moscow and Ukraine this week. Russia’s RIA news agency cited the Russian foreign ministry as saying Moscow intended to discuss issues related to Mariupol and the Azovstal plant.

The last Ukrainian defenders of Mariupol are holed up in the plant following two months of Russian siege and bombardment.


Ukraine’s general staff on Monday reported Russian shelling and assaults along most of the front in eastern Ukraine, including missile and bomb attacks on the steel works.

Moscow, which describes its actions in Ukraine as a “special military operation”, denies targeting civilians. It blames Ukraine for the repeated failure of humanitarian corridors. 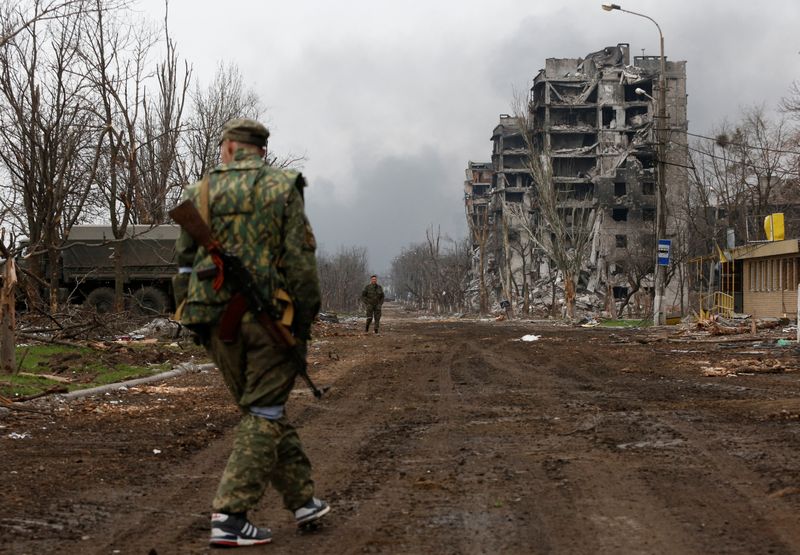