LONDON (Reuters) – The Bank of England looks set to take its first steps next week towards selling some of the 875 billion pounds ($1.11 trillion) of government bonds it amassed between 2009 and 2021, leading markets into uncharted territory.

Investors believe the BoE, seeking to prevent the recent jump in inflation from becoming a long-term problem, will raise its main interest rate on May 5 to 1%, the level at which it has said it will be “considering beginning” outright bond sales.

The big question for markets is when these sales will start. Analysts’ estimates range from June to well into 2023.

The BoE said in February it would stop reinvesting proceeds of maturing gilts, echoing moves by the U.S. Federal Reserve in 2017 and 2018.

But active sales raise more complex questions about timing, scale and the impact on Britain’s economy as it faces the challenging combination of the highest inflation in 30 years and faltering growth.

The reduction in gilt holdings has the potential to push up borrowing costs across the economy, reducing inflation but also slowing growth, in a reverse of the quantitative easing done by most Western central banks since the 2008 financial crisis.

No other big central bank has commenced a similar process of active sales.

Raja expects gilt sales to begin in August or September and to run at about 3.3 billion pounds a month through 2022 and 2023.

Combined with 72 billion pounds of gilts maturing this year and next, that would add 15-25 basis points to long-dated bond yields – a small rise in borrowing costs given the 90 basis-point rise in 10-year gilt yields so far this year.

Overall, the wider impact on growth and inflation from the sales was likely to be very small to begin with, Raja said.

The BoE has said it wants its gilt sales to be predictable and avoid market disruption, and that interest rates will remain the main tool for controlling inflation.

Its main aim is simply to reduce the size of the gilt holdings – which have reached a scale that could limit its room for manoeuvre during future downturns – and it thinks the broader economic impact will be limited.

However, with consumer price inflation at 7% in March and heading higher, an early start to gilt sales would help the BoE show it is serious about bringing price rises under control, Bank of America bond strategist Mark Capleton said.

“The softly, softly approach of the Bank, where quarter-point steps appear to be the modus operandi, appears rather timid,” he said.

Bank of America expects the BoE to start gilt sales in June, initially selling 5 billion pounds of gilts a month, rising to 9 billion from November.

NatWest Markets strategist Imogen Bachra said the BoE instead might prefer to take stock of the impact of its interest rate rises and slowing growth before announcing in November a programme for 2023 of about 50 billion pounds of gilt sales.

“It doesn’t feel like they are in any rush to get this process started. They are much more focused on rate hikes for now,” she said.

The BoE has raised rates three times since December, more than any other major central bank. Financial markets price in rates hitting 2.25% by the end of 2022. Most economists expect fewer hikes.

The average maturity is much longer than bonds and mortgage-backed securities held by the Fed or the European Central Bank.

Simply waiting for gilts to mature, it would take until 2030 for the BoE’s holdings to return to their pre-pandemic level – and 2071 for the last of the gilts to roll off the BoE’s books.

“We can’t have a constant ratchet upwards of central bank balance sheets and they never come down,” Bailey said on Friday.

But the BoE would not sell gilts into unstable markets, he said. Selling into a volatile market would make the impact of the sales on borrowing costs and the wider economy both greater and harder to predict, the BoE believes.

Economists at ING say wider bid-ask spreads for gilts and increased volatility priced into swap options will cause the BoE to wait nine to 12 months before beginning sales.

BoE policymaker Catherine Mann – who has been keen to raise interest rates – has said the recent increase in volatility was a factor for her regarding the pace of quantitative tightening.

Economists do not expect much clarity next week on the BoE’s longer-term plans.

It says it does not expect to fully undo the explosion of its balance sheet, due to a long-term increase in the amount of cash that banks deposit with it since the 2008 financial crisis.

In the near term, the BoE must decide how to sell the gilts in a way that gets the best return on them.

A mirror-image of the BoE’s three weekly operations to buy the cheapest gilts it was offered within fixed maturity ranges, would not deliver this, Bank of America’s Capleton said.

Selling more liquid, shorter-dated gilts was likely to be easiest, but the BoE might prefer to keep the maturity structure of its holdings and not focus on selling gilts due to mature soon, strategists said.

The most efficient method would be for the BoE to delegate sales to Britain’s Debt Management Office (DMO), Capleton said. But in practice the BoE probably wants direct control of which gilts it sells and when, while trying to avoid a clash with the DMO’s 131.5 billion pounds of sales this year.

“QE was a kind of supply-demand tango between the DMO and the Bank of England,” Capleton said. “But it’s questionable whether a supply-supply tango would work, or if they would be stepping on each other’s toes.” 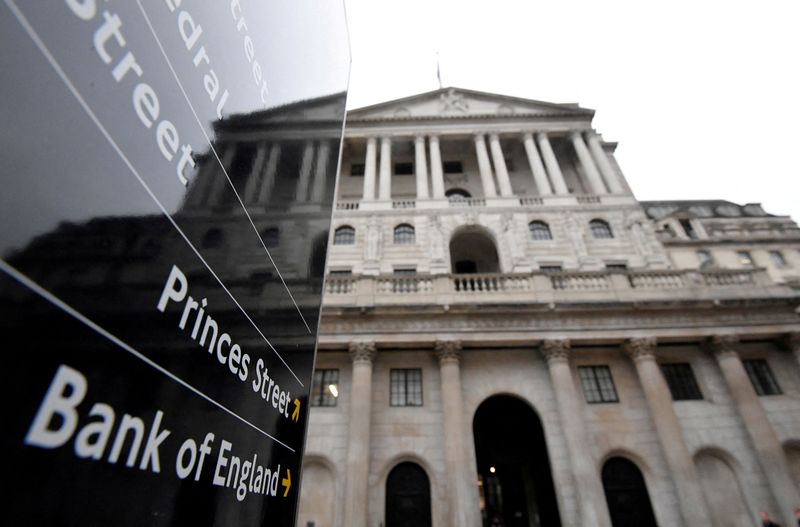