WASHINGTON (Reuters) – If China wants its yuan to become a globally used currency, Beijing would need to have open capital markets and full currency convertibility, the International Monetary Fund’s No. 2 official said on Tuesday.

IMF First Deputy Managing Director Gita Gopinath, speaking about the global lender’s new institutional view on capital flow measures at a Peterson Institute for International Economics event, said history has shown that reserve currencies widely used in global trade transactions, such as the dollar and the British pound, do not have capital restrictions, as China does.

“If a country is aspiring to be a global currency, then in that case, you would need to have, you know, basically fully and freely mobile capital, full capital account liberalization, full convertibility of exchange rate, which is not the case right now in China,” Gopinath said in response to a question on China’s capital restrictions.

The IMF on March 30 updated its institutional guidance on capital controls to allow for the use of pre-emptive measures to reduce the risks of abrupt capital outflows causing financial crises or deep recessions.

Under the new guidance, countries would no longer have to wait until capital flow surges materialize and can impose such measures to counter a gradual buildup of foreign currency debt that is not backed by foreign currency reserves or hedges.

Gopinath said some countries with fixed exchange rates might have more reason to employ capital flow measures pre-emptively because they would have fewer tools to counteract sudden capital outflows.

But she cautioned against using the capital flow measures to achieve certain policy goals that are better handled with domestic tools, such as controlling a run-up in housing prices.

While housing price jumps are sometimes blamed on an influx of money from foreign buyers, housing bubbles are often due to other factors, such as interest rates that are too low, or a lack of adequate housing supply, she said.


The IMF would be “skeptical” about using capital inflow controls to deter property investment by foreign buyers, she said, adding that such inflows would have to be so distortive as to pose a clear macroeconomic stability risk.

“So we would think of this as, you really need to deal with this using your domestic intervention tools, because that’s often the reason why you have unaffordable housing prices, and of course, also increasing supply of housing and so on,” Gopinath said.

The capital flow measures should also not be used by countries to counteract unsustainable fiscal policies, or to influence a country’s exchange rate for competitive advantage.

“It’s not about you influencing your exchange rate to keep it weak for competitiveness purposes,” Gopinath said. 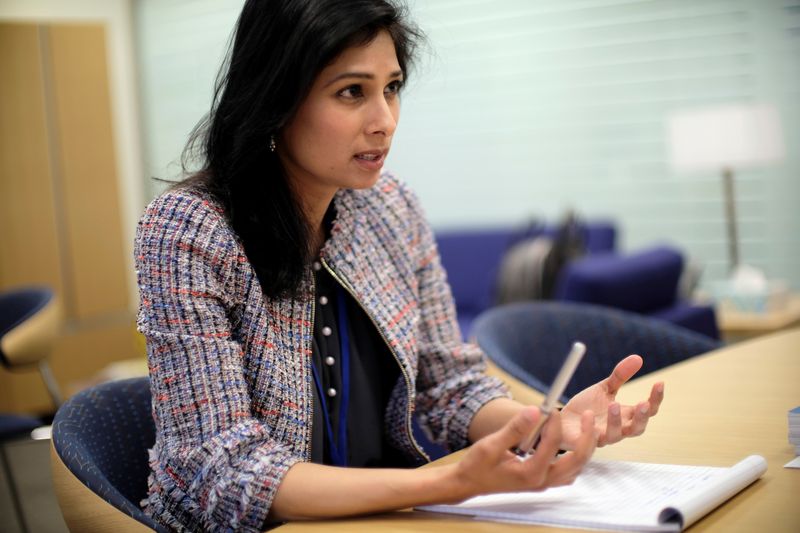