By Francesco Guarascio and Kate Abnett

BRUSSELS (Reuters) – The European Union is considering options to cut imports of Russian oil as part of possible further sanctions against Moscow over its invasion of Ukraine, but none has been formally proposed as governments assess their impact.

Around half of Russia’s 4.7 million barrels per day of crude exports go to the EU. Cutting them off would deprive Moscow of a major revenue stream.

Europe has paid Russia 14 billion euros ($14.94 billion) for oil since the start of what Moscow calls a special military operation in Ukraine two months ago, according to research organisation the Centre for Research on Energy and Clean Air.

Sanctions would also hit the EU, as Russia is Europe’s biggest oil supplier, providing 26% of the bloc’s oil imports in 2020. Germany, Poland and the Netherlands are Europe’s biggest buyers of Russian oil.

The most straightforward measure to sanction Moscow would be a ban on oil imports, along the lines of the embargo imposed by the EU on Russian coal last month.

But EU governments have yet to agree on crucial aspects of such a move, including when it would take effect, how long the phase-out period would last for existing contracts, and whether it would include all types of Russian oil.

Germany, the EU’s largest economy, has said it is working to end imports of Russian oil by the end of the year, which would delay any disruption it might have on Russia’s ongoing military operations.


Conversely, imposing such a sanction too quickly could deal a body blow to the European economy and could increase overall revenues to Russia by raising global oil prices.

To limit the negative impact on the EU, the bloc is racing to find alternative suppliers at moderate prices.

It could also opt for a gradual reduction of the volumes of imported oil from Russia, without a total ban.

Around 60% of Russian crude exports to Europe last year were contracted under long-term commitments, as opposed to purchases on the spot market, which are easier to cut, according to JPMorgan.

Sanctions are also likely to be applied differently depending on how the oil is delivered, an EU source told Reuters, differentiating between oil imported via pipelines and tankers.

TARIFFS OR TAX ON RUSSIAN OIL

EU trade commissioner Valdis Dombrovskis said one way to cut EU imports would be to impose tariffs on Russian oil.

That would force Russia to cut the pre-tariffs price of its exported oil to keep it competitive, effectively reducing its revenues, Simone Tagliapietra, senior researcher at Brussels-based think tank Bruegel, told Reuters.

The measure could, however, also contribute to further raising fuel prices in the EU, where high energy prices have already driven inflation to record levels.


A tax on Russian oil would have the same positive and negative effects, although it would be paid directly by EU consumers, rather than by Moscow.

All other measures to cut Russian oil imports could have inflationary effects, but tariffs and taxes are especially divisive because the EU could be directly blamed for some of the resulting price increase.

Russia could also react by imposing further retaliatory measures on the EU, which could lead to even higher oil prices.

EU countries could also opt for a cap on the price that they are willing to pay to Moscow for oil.

That would not be in breach of existing oil contracts if EU countries merely stopped buying Russian oil once the self-imposed threshold is reached.

However, lacking sufficient and moderately priced alternatives, the EU would end up facing an increased energy bill or a slowdown of economic activity.

This could be exploited by eurosceptic parties, a political risk in France ahead of legislative elections in June.

The measure would also blur price signals, which could lead to further inflationary risks.

Estonian Prime Minister Kaja Kallas has called for an escrow account to be set up where some of the EU payments to Moscow for energy imports would be temporarily held.

Russia could only access that money at a later stage or for set expenditures, such as for medical equipment or even payments to help rebuild damaged cities in Ukraine.

This would reduce EU payments to Russia without necessarily decreasing EU imports.

However, it could be in breach of oil contracts. That would put the EU in a legally awkward position, and could lead to Moscow’s decision to unilaterally block or reduce energy exports to the EU.

Alternatively, the escrow account could be used to deposit money raised via tariffs or taxes on Russian oil. That would not breach contracts. However, it would not be a different measure, but rather a tool to use revenues from other measures. 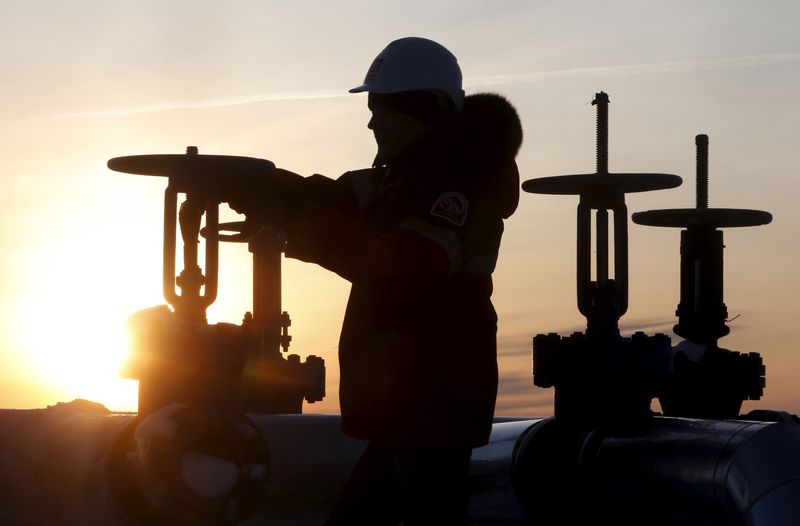