The world’s second-biggest memory chipmaker on Wednesday posted a 116% jump in Q1 earnings, supported by solid demand from server clients, although it slightly missed market expectations due mainly to one-off quality control costs.

“Companies’ IT spending plans are solid and even rising slightly despite outside uncertainties that arose in the first quarter,” said Kevin Noh, SK Hynix’s chief marketing officer.

“And given some data centre construction postponement last year due to COVID, we expect server chip demand to be strong in 2022,” he said.

China’s COVID-19 lockdown was the biggest risk driving weaker chip demand in mobile and personal computers, the company said, but it expected a pick-up in the second half as manufacturers ramp up product launches before the year-end shopping season.

Shares in SK Hynix have fallen about 15% since the start of the year, as have those of rivals such as Samsung Electronics and Micron Technology Inc, on concerns about the effect of China’s COVID-19 lockdown and inflationary pressures on component shortages and consumer demand.

SK Hynix shares were trading down 2.7% on Wednesday in an overall market down 1.1%.

Delivery delays in chip equipment caused by component shortages have hobbled capacity expansions and upgrades across the chip manufacturing industry.

But SK Hynix, by bringing equipment in throughout the year, expects to be roughly in line with its original capacity growth target by year-end and will strive to meet customer demand by improving its yield rate, Noh said.

Operating profit rose to 2.9 trillion won ($2.3 billion) in the January-March quarter, its highest first-quarter profit since 2018. This was up from 1.3 trillion won a year earlier but below analysts’ expected profit of 3.1 trillion won, according to Refinitiv SmartEstimate.

Despite a slowdown in mobile demand, a disruption in February at a rival NAND flash chip plant owned by Japan’s Kioxia and Western Digital due to contamination of raw materials led to solid shipments, analysts said.

SK Hynix said it had conservatively booked 380 billion won ($301 million) as a one-off cost to compensate customers of DRAM chips made in mid-2020 which were found to have quality issues when used intensely for over a year.

Customers have learned to lock in volume at year-end and build up safety stock during the past two years’ supply disruptions, executives said on an earnings call. SK Hynix, meanwhile, has focused on profitability by making fewer products that are sensitive to clients’ business fluctuations, they added. 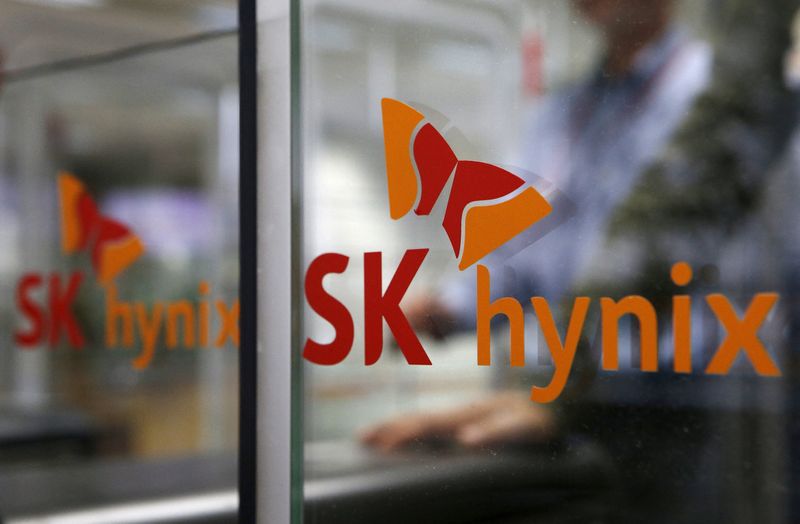