TOKYO (Reuters) – The Bank of Japan maintained its massive stimulus on Thursday and pledged to continue buying unlimited amounts of 10-year government bonds to defend its implicit 0.25% cap, signalling its resolve to focus on supporting a fragile economy.

The BOJ also left unchanged its guidance to keep its interest rate targets at current or lower levels.

As widely expected, the central bank kept unchanged its short-term interest rate target at -0.1% and a pledge to guide the 10-year government bond yield around 0%. The decision was made by a 8-1 vote.

In fresh quarterly projections released on Thursday, the BOJ raised its core consumer inflation forecast to 1.9% from 1.1% projected in January. It expects inflation to hit 1.1% for both fiscal 2023 and 2024. 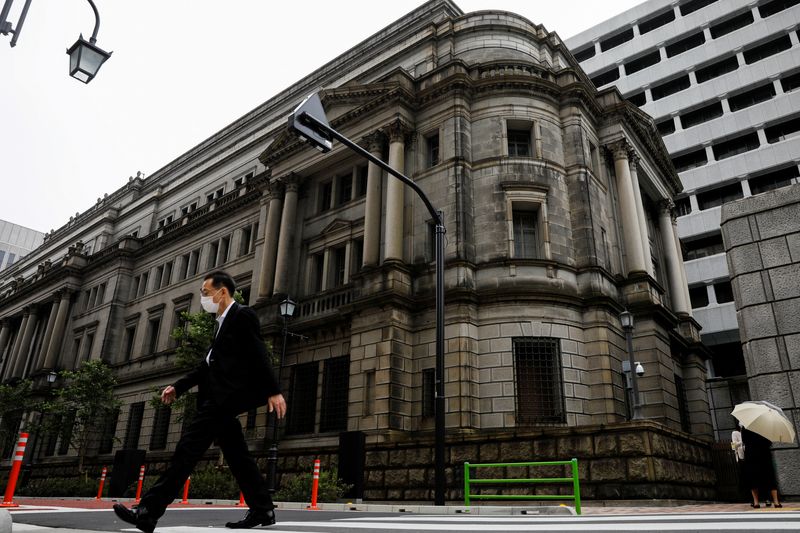