WASHINGTON (Reuters) – Justice Stephen Breyer participated on Wednesday in the final scheduled oral argument of his 28-year career on the U.S. Supreme Court, hearing an emotional tribute from Chief Justice John Roberts at the end of the proceedings.

“The oral argument we have just concluded is the last the court will hear with Justice Breyer on the bench,” Roberts said, his voice trembling.

“For 28 years this has been his arena for remarks profound and moving, questions challenging and insightful, and hypotheticals downright silly,” Roberts said.

Breyer is known for peppering attorneys arguing cases before him with queries involving outlandish hypothetical scenarios as he sorted through complex legal matters.

“This sitting alone has brought us ‘radioactive muskrats’ and ‘John the Tiger man,'” Roberts said, eliciting laughter from those in the courtroom, which continues to be closed to the public due to the COVID-19 pandemic.

The justices heard about two hours of arguments in a case involving Native American tribal authority in Oklahoma that was the last one on the court’s calendar for its nine-month term.

Breyer, who at 83 is the oldest of the nine justices, announced in January that he will retire when the court begins its summer recess, typically at the end of June after all the pending rulings are issued.

Roberts said that at some point an exchange of letters between Breyer and the court marking his retirement will be read and entered into the record.


“For now we leave the courtroom with deep appreciation for the privilege of sharing this bench with him,” Roberts said.

Breyer was appointed to his lifetime post by Democratic President Bill Clinton in 1994. He authored important rulings upholding abortion rights and healthcare access, helped advance LGBT rights and questioned the constitutionality of the death penalty. He often found himself in dissent on a court that has moved ever rightward.

The Senate on April 7 confirmed Democratic President Joe Biden’s replacement for Breyer, Judge Ketanji Brown Jackson, who will become the first Black woman ever to serve on the nation’s highest court.

Breyer himself did not make any farewell remarks on Wednesday. In Jan. 27 remarks at the White House when his retirement was announced, Breyer made a point of saying that the future of American democracy is in the hands of the nation’s young people.

“This is a complicated country. There are more than 330 million people. And my mother used to say, ‘It’s every race, it’s every religion.’ And she would emphasize this: ‘And it’s every point of view possible.'” 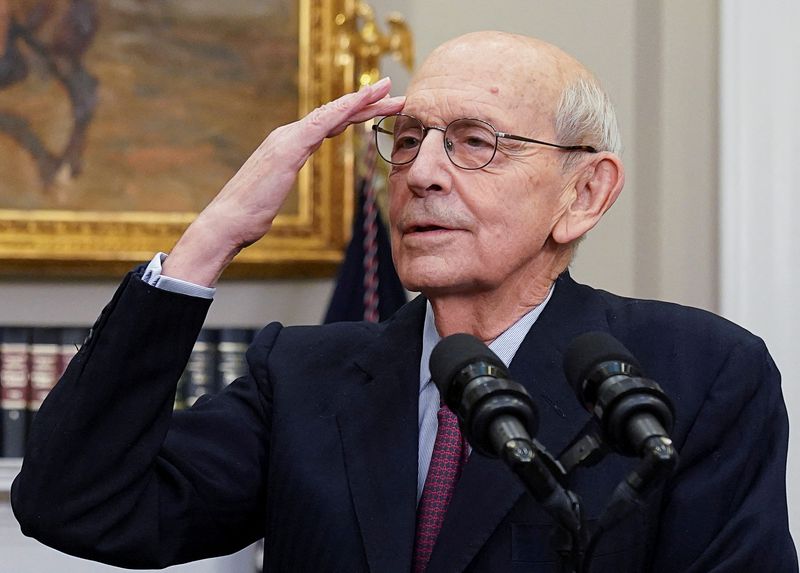